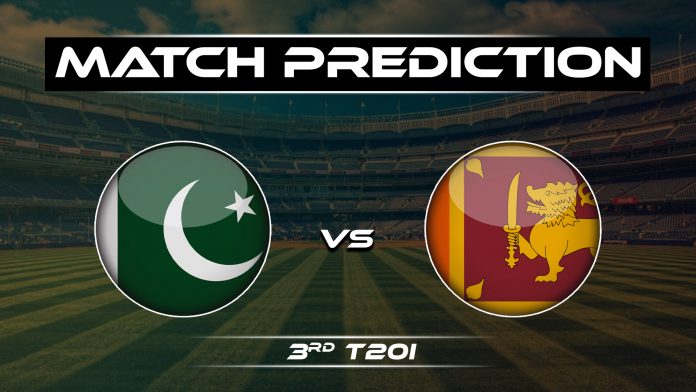 The Sri Lanka Tour of Pakistan comprising of 3 ODIs and 3 T20Is, is about to end soon. The series is moving ahead toward the final game of the T20I series to be held on October 9 at 7:00 P.M. IST. The ball is already in Sri Lanka’s court as they are leading the T20I series 2-1. The last game will just be the final nail in the coffin.

Pakistan turned out to be the stronger side in the ODIs winning both the remaining games after the 1st ODI was washed out. However, they failed to carve a place for themselves in the shortest format of the game as the visitors held the upper hand, winning both the T20Is.

The game is scheduled to be played at the Gaddafi Stadium, Lahore. The pitch here is known support scores of 170 plus. The team batting first is known to have a better hand at the game by putting up a big score on board. Thus, the team winning toss will bat first.

Weather reports coming from Lahore point out toward a clear sky with nil chances of rain. The humidity levels will be around 51% with temperature touching 27 degrees Celsius.