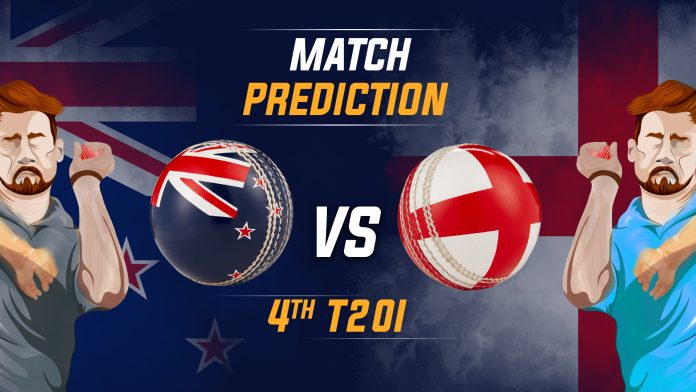 New Zealand and England have become arch-rivals after the World Cup campaign ended on a disappointing note for the Kiwis, despite putting in equal efforts as of their opponent. England’s tour of New Zealand will witness the 4th T20I of the series on November 8, scheduled to begin at 10:30 A.M. IST.

The hosts are leading the series 2-1 after facing defeat in the first game of the series. Brilliant performance by Mitchell Santner and Colin de Grandhomme in the 2nd and 3rd T20, respectively, helped New Zealand get hold of a strong position. The upcoming match shall decide the fate of series to quite an extent.

The game will be played at McLean Park, Napier. The pitch here is known for high-scoring matches, aiding off-pace deliveries. It is known to get better as the game moves ahead. Thus, the team winning the toss shall opt to field first.

The weather reports suggest a cloud covering of 95% during the beginning of the game but no chances of rain after that. This means that the spectators can expect a full match.