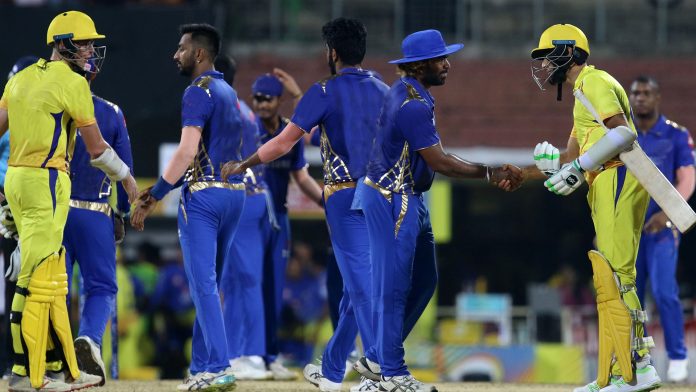 In the 8 league stage matches played here, scoring has not been easy. Due to the slow nature of the pitch, even the best batsman found it difficult to get going. Besides this, there is a great advantage for spinners. So, there will be no surprise if both the teams include more spinners for this important match.

Mumbai Indians finished their league stage with a comprehensive win over Kolkata knight riders. The team will be aiming to repeat the same performance to become the first finalist of this season. As far as the team combination for this match is concerned, Ishan Kisan might be replaced by Evin Lewis. Other than him, the team might include Anukul Roy in place of Mitchell McClenagan. No other changes are expected other than this.

Chennai Super Kings, on the other hand, lost their last league stage against Kings XI Punjab by a huge margin. Moreover, Kedar Jadhav will not be available for the team now due to shoulder injury. So, Dhruv Shorey might get an opportunity in place of him. Other than him, no other changes are expected for this match.

Most wickets for MI: 36 (Lasith Malinga)

Most wickets for CSK: 15 (Mohit Sharma)

Both the teams will be aiming to show their best performance in the match to get the grand finale ticket. Let’s wait and watch which team gets the first ticket.

Till then, follow MyTeam11 for more information and updates about the upcoming fixtures and latest happenings in the sports world.