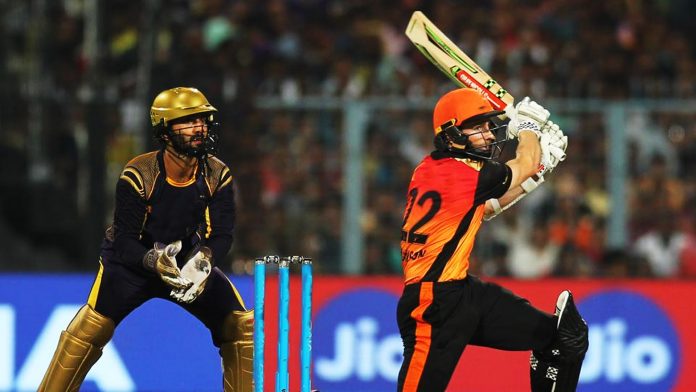 The city of Kolkata is all set to organize the 2nd match of the 12th season of Indian Premier League on Sunday, at the Eden Garden Stadium. The upcoming match will be organized between Shahrukh owned Kolkata Knight Riders & Kalanithi Maran’s Sunrisers Hyderabad.

Last year runner-ups, Sunrisers Hyderabad, are all set to fight Kolkata Knight Riders, the two-time title winners. Both the teams who are known to have a strong bowling game will be against one another to register the second victory of the season under their name. The game which is believed to be full of excitement & spice will definitely bring something shocking for the audience. Let’s see who’ll score what & who will get away with the title.

Talking about the pitch it is expected to be neutral for both the teams, offering a small benefit to the fast bowlers of the teams.

In the IPL auctions, the franchise roped in various new faces which might play a positive role for the team. However, on the other note, some major players of the team, namely, Anrich Nortje, Kamlesh Nagarkoti, and Shivam Mavi are believed to miss the game due to injuries.

Talking about the team formation of Sunrisers Hyderabad, the Australian player, David Warner will be making a comeback to the team after resting in the previous IPL due to the ban on him. Also, Kane Williamson, one of the prominent players of the team, is expected to miss the team opener following a shoulder injury.

Let’s see whose game will be stronger & who will get away with the winner title. For the latest sports updates stay tuned to MyTeam11.