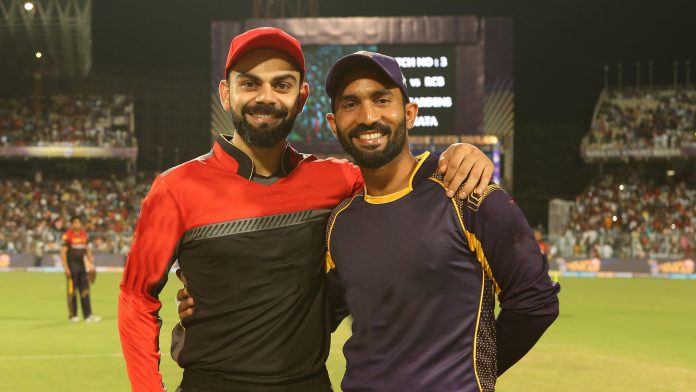 Short Description: Royal Challengers Bangalore will fly to Eden Gardens to play the 35th match of the ongoing IPL season against Kolkata Knight Riders. Read on to know more.

Talking about the pitch conditions, the 22 yards of the Eden Gardens are known to be batting– friendly. Around 25 times, the teams have met each other, out of which KKR leads the stats with more number of wins. Spinners will get an advantage in this pitch. Team chasing the target will have an advantage because of the dew factor. As far as weather conditions are considered, it will be nearly 27 degrees Celsius, but humidity will be on the higher side.

Talking about Royal Challengers Bangalore, the team is expected to do many changes in order to win their 2nd match of this season. The team might bring Dale Steyn in the squad, in place of Mohammad Siraj. In place of Pawan Negi, Washington Sundar will be included in the playing 11 and Nathan Coulter-Nile may replace Marcus Stoinis. Royal Challengers Bangalore are at the last spot with only a single win in eight matches they have played.

Here’s the Probable playing XI of both the teams

Follow MyTeam11 for more information and updates on the upcoming fixtures.