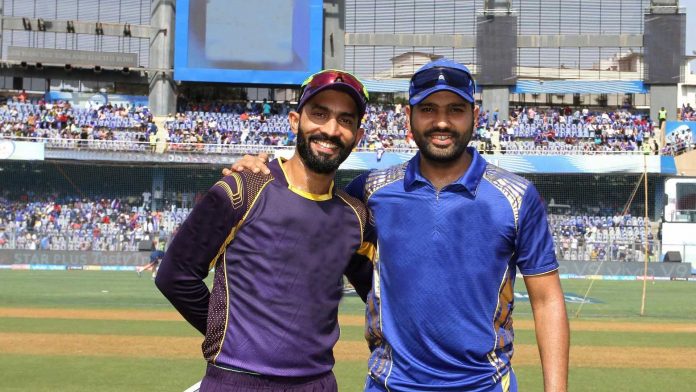 After their narrow defeat against Rajasthan Royals in the 43rd match, the Kolkata Knight Riders will look to make a strong comeback against the mighty Mumbai Indians at Eden Gardens to keep their chances alive. Read on to know more about MyTeam11 prediction about the match.

Despite of having some exceptional players in the squad, Kolkata Knight Riders have lost their previous five matches and will look to end their losing streak in the 47th match against the Mumbai Indians. While on the other hand, the Mumbai Indians will be full of confidence after their victory against Chennai Super Kings in Chepauk.

Eden Gardens track always favors medium pacers in the initial over of the innings. Spinners will also get some advantage here. But, the more time the batsman will spend on the pitch, the strike rate will increase accordingly. The team winning the toss will look to bowl first because batting becomes easy in the second innings due to dew factor.

Kolkata Knight Riders has lost five matches in a row. To change the fortunes in this match, chinaman bowler, Kuldeep Yadav might replace Prithvi Raj. Other than this the team combination looks goods. Kolkata Knight Riders is at 6th spot in the points table with only 4 wins in the 11 matches they have played yet.

Talking about the team combination of Mumbai Indians, the team is expected to remain unchanged. Mumbai Indians is at 2nd spot in the points table with 7 wins in the 11 matches they have played till now.

Players to look for-