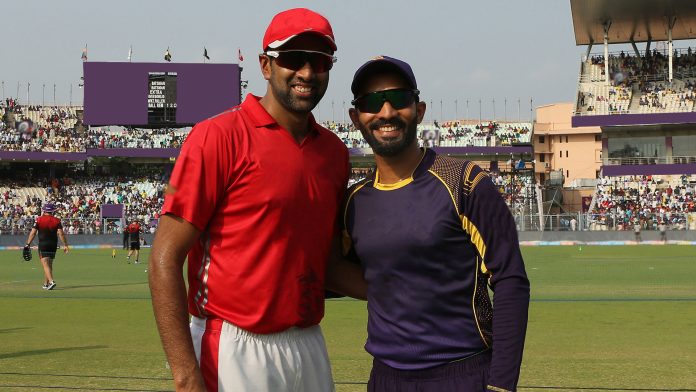 Kolkata Knight Riders and Kings XI Punjab are all set to step the field for another terrific IPL face-off in the 6th match of the season on 27th March 2019. This is the second match that both the teams will be playing for the on-going season, and have recorded a brilliant victory in their first match, respectively.

Previously, KKR met Sunrisers Hyderabad on the field for their first game of the season, whereas KXIP was seen playing against Rajasthan Royals. Both the teams have prominent Caribbean giants who played a major role in attaining victories in the first match. Andre Russell played a mind-blowing 3-over-game to turn tables in favor of KKR whereas Chris Gayle’s blistering 79 off 47 balls helped KXIP reach a steady total. Let’s how the next match will turn out for both the teams and who will register their second victory of the season.

Kolkata Knight Riders, who played their first match against Sunrisers Hyderabad, will now host Kings XI Punjab at the Eden Gardens, Kolkata for the upcoming match. Talking about the pitch conditions, the 22 yards of the Eden Gardens, are known to be batting friendly. Around 23 times the teams have met each other out of which KKR leads the stats with 15 wins. The teams have previously had a competition against each other on the Eden Gardens’ pitch a total of 10 times, out of which KKR has won the game on 7 occasions. Thus, there’s a high possibility of KKR enjoying the advantage of the game being held at their home ground.

Ashwin led Kings Xi Punjab started their journey with a huge controversy wherein the team skipper dismissed Jos Butler by deeming him into mankading. David Miller will be making a comeback to the team after he missed the first match following international commitments wherein he was to play in the recently concluded T20 series against Sri Lanka. Miller seems to be in form & might replace Punjab’s wicket-keeper, Nicholas Pooran.

The Kolkata Knight Riders’ opener Sunil Narine met with a finger injury in the last match which made his presence in the upcoming match uncertain. If the player seems to be unfit to play, then, Joe Denyl might replace the player in the team. Denyl can either be used as an opener, or he might go well with the middle-order with Nitish Rana taking care of Narine’s absence as an opener. No other major changes are expected in the team.

Catch the action live at 8:00 P.M. to judge who owned the game better. Till then, if you want to stay updated with the latest sports stuff then stay tuned to MyTeam11.