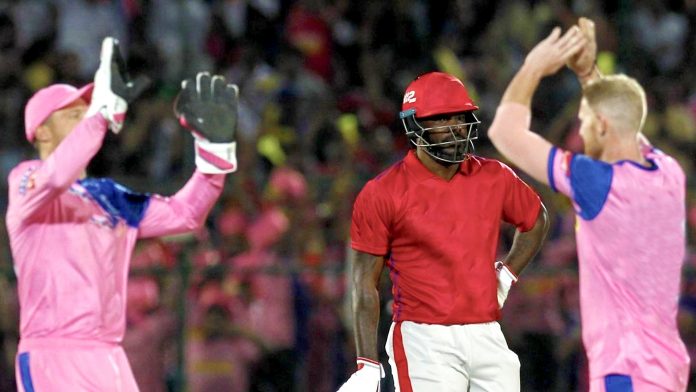 Rajasthan Royals is all high with confidence after registering a terrific win against Mumbai Indians at Wankhede stadium. They will like to repeat their performance to register their 3rd victory in this season. Punjab, on the other hand, has lost their previous two matches even after playing good cricket. So, they will definitely be thinking to correct their mistakes of the previous two matches to get a winning momentum for the latter half of the tournament.

Mohali pitch has so far lived up to the expectations of generating a high-scoring game of around 170-180. This is the fifth game in the city and it is expected to be another smashing encounter. The pitch of the ground is known to be a supporting factor for batsmen. Batting second seems to be the way forward as dew is expected to play a part. The temperature will be around 30-degree mark with the humidity level around 50 percent mark.

Here’s the Probable Playing XI for both the teams

Let’s see what happens in the upcoming face-off between Kings XI Punjab and Rajasthan Royals. Whether Rajasthan will win their 3rd match of this season or Punjab will get 2 points to displace Kolkata Knight Riders for the fourth spot. Till then, follow MyTeam11 to get information and updates about upcoming fixtures and the latest sports stuff.