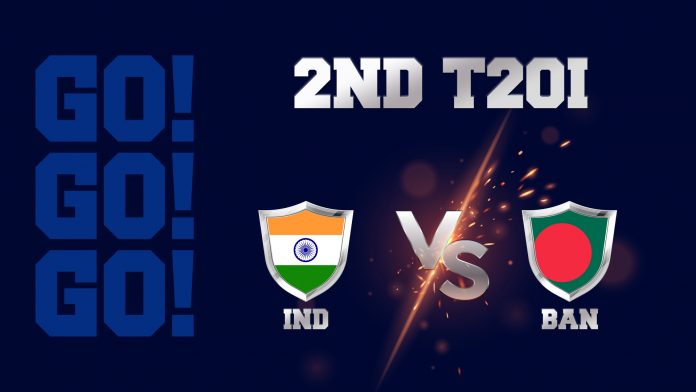 After Mushfiqur’s unbeaten knock of 60 off 43 that led Bangladesh to a historic victory in the first game of the 3 T20Is, the visitors are now gearing up for another face-off. The second T20I of the series is all set to be held on November 7 at 7:00 P.M. IST.

It looked like fate was on Bangladesh’s side as they won the toss and put India to chase on a pitch that is known for its batting-friendly nature. Though the hosts tried every possible thing to turn the tables, nothing seemed to work & they ended up losing the first game of the series. Therefore, it is expected that the Men in Blue will be entering the next game in full action to register their superiority over the visitors.

The game is scheduled to take place at the Saurashtra Cricket Association Stadium situated in Rajkot. The pitch here is known for its nature of being batting-friendly and supporting scores as high as 170+. The upcoming game shall be no different, and the team winning the toss is expected to choose to bat first & put the opponent to suffer the chase game.

As per the weather reports coming from Rajkot, the day is expected to be partly cloudy. Reports suggest precipitation levels of about 16% and a temperature somewhere around 26-28 degrees Celsius.

Also Read: IPL 2020: AFTER INTRODUCING POWERPLAY, AUTHORITIES COME UP WITH ANOTHER BIG SURPRISE