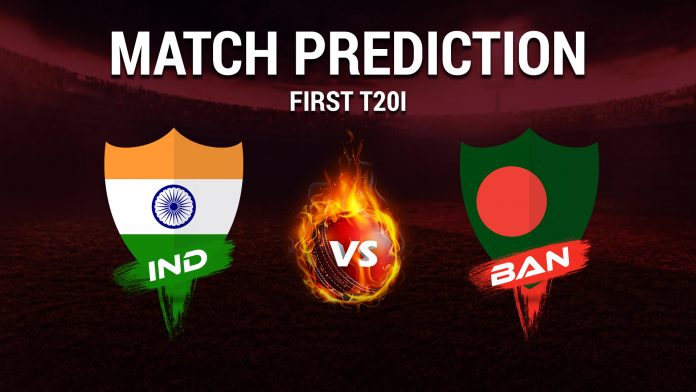 After registering a comprehensive victory against South Africa during South Africa’s tour of India, the Men in Blue are all set to host Bangladesh for a 3 T20I and 2 Tests series. The first of the 3 T20Is is all set to be held on November 3, beginning at 7:00 P.M. IST.

Bangladesh played their last game during the Bangladesh Tri-series, which was played between Afghanistan, Bangladesh, and Zimbabwe. The final was abandoned without a ball being bowled; however, Bangladesh managed to stay at the top of the points table winning 3 matches out of the 4 games they played. On the other hand, India had a successful campaign against South Africa wherein they tied the T20Is and managed to white-wash the visitors in the Tests. India looks in full-form and all set to take a dig at Bangladesh tigers on their upcoming visit to India.

The game will be played at the Arun Jaitley Stadium, Delhi. The pitch here is known for its batting-friendly nature. The conditions here support scores of 150+ in T20Is. Going by the nature of the pitch, the team winning the toss is expected to bat first.

As per the weather reports coming from Delhi, the sky is believed to remain clear. There are no chances of rain. Thus, the spectators can expect a full game