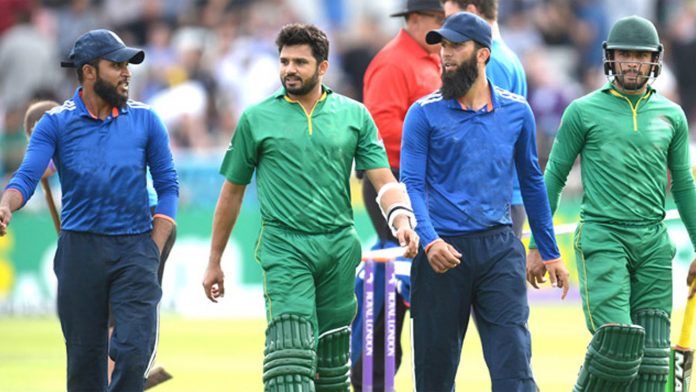 The 2nd ODI between England and Pakistan turned out to be a massive game turning event, where the visitors showcased a terrific performance and a lot of hard work to chase the mammoth target of 374 runs. However, all their efforts went into vain when the hosts defeated Pakistan by 12 runs. The upcoming match is scheduled to be held today, where we believe both the teams will be in full form to conquer the victory title. Let’s have a look at the result possibilities of today’s match.

Pitch Report: The previous ODI game was played back in the year 2017 where a high-scoring match was witnessed. The pitch in known to be an aid for the batsmen, churning scores of 300 plus as well. Thus, it won’t be wrong to mention that another high-scoring match is expected in the 3rd ODI between England & Pakistan. Out of the 15 matches played at this pitch, 7 matches were won by the team batting first.

Weather Conditions: As far as the weather conditions for the day are concerned, then, there are no forecasts for the rain to intervene in the match. The day is expected to be quite sunny with the humidity levels around the below 50 percent mark.

Showcasing a scintillating performance in the previous matches all the English men are expected to retain their place in the team except Adil Rashid. Joe Denyl is expected to replace Rashid in the upcoming match as the leg-spinner failed to create magic on the field, giving away 80 runs in his part of 10 overs.

Quite a few changes are expected in the playing XI of Pakistan for the upcoming match. The first change is expected in the form of Shoaib Ali making way to the playing team, replacing Haris Sohail. Also, Junaid Khan might be seen taking the place of Faheem Ashraf who has not been in form since long.

Players to Look for:

Well, the upcoming match is expected to be a cutting edge competition between the two teams, with the hosts trying hard to retain an upper hand in the game and the visitors making every possible effort to avenge their previous defeat. However, the result can only be analyzed with time. Till then, if you want to stay updated with the latest prediction news, and sports stuff, keep reading MyTeam11.