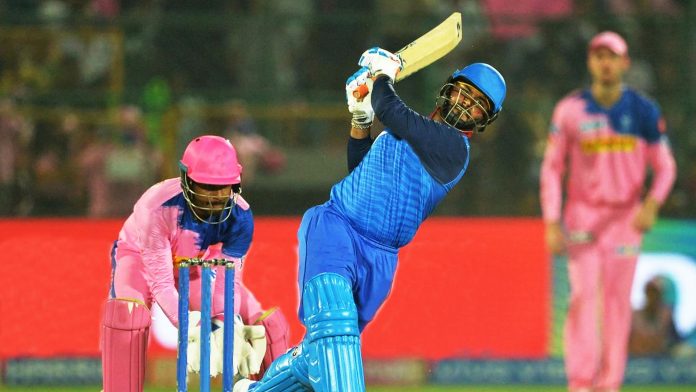 In the crucial encounter, Delhi Capitals will look to get two points and place themselves at the top to get an extra advantage. While Rajasthan Royals will be extremely disappointed with their previous washed out match. So, they will be hoping to win this match to give them an outside chance to qualify for playoffs.

Feroz Shah Kotla track has always been batting friendly. The pitch is known for its favorable conditions for knocking off some decent scores. But in some of the matches, spinners have got great help from the pitch. The team winning the toss will look to bowl first because chasing in the second innings becomes easy.

Throughout the duration of the match, the temperature will hover around 36 degrees Celsius. It will be cloudy for the whole day. Little rain is in forecast.

Delhi team has already qualified for playoffs. But still, they have to win their last match to finish among top 2 in points table. Delhi capitals included Trent Boult in place of their star bowler, Kagiso Rabada (comma) who has been ruled out from the tournament due to injury. In the absence of Rabada, they lost to Chennai by a huge margin. Despite the loss, the team is expected to play with the same playing XI.

Talking about Rajasthan Royals, Steve Smith will not be available for the match as he has returned to his nation for World Cup preparations. In his absence, Ajinkya Rahane will once again lead the team and Aston Turner might replace Steve Smith. Ish Sodhi might replace Mahipal Lomror. No other changes are expected other than this.

Here’s probable playing XI of both the squads

Let’s see what will happen when these two teams will clash against each other. Whether Delhi boys will roar in the capital city or Rajasthan will display royal performance.