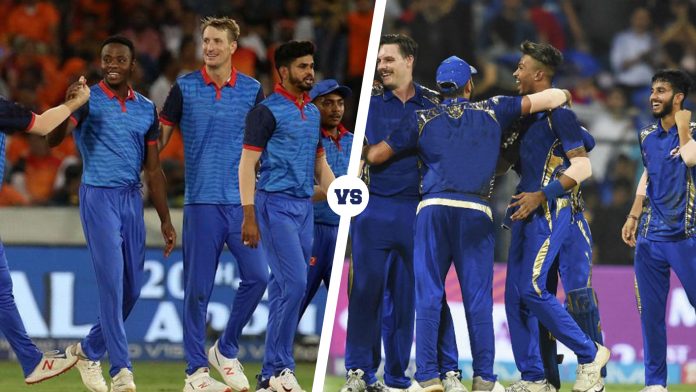 Delhi Capitals and Mumbai Indians are at 2nd and 3rd spot in the points table with an equal number of wins in their account (5). When these both teams played against each other at Wankhede, then Delhi’s keeper-batsman Rishabh Pant’s cameo destroyed Mumbai Indian’s bowling line up. Mumbai Indians lost this match. So Mumbai will fly to Delhi with a strong plan to take their revenge back.

The 34th match of the season will be held at the Feroz Shah Kotla stadium in Delhi. Talking about the pitch conditions of the ground, then, the Feroz Shah Kotla’s pitch is known to slow down in the latter innings of the game. Also, spinners are known to have an advantage at the pitch due to its slowing down nature. It is expected that whichever team wins the toss, will opt to bowl first because as adapted from the previous games on the ground, chasing the target has been easy due to dew factor.

As far as team combination of Delhi Capitals is concerned, then, with three consecutive wins in their previous three matches, they will not want to do any changes in their Playing 11. They will enter the field with the same playing 11 they played against Sunrisers Hyderabad. Delhi Capitals are at 2nd spot in the points table with 5 wins in eight matches they‘ve played till now.

Mumbai Indians will most probably won’t make any changes in their playing 11. They will also go with the same team, that played against Royal Challengers Bangalore. Mumbai Indians are at 3rd spot in the points table with 5 wins in eight matches they played yet.

Here is the Probable Playing 11 of both the teams