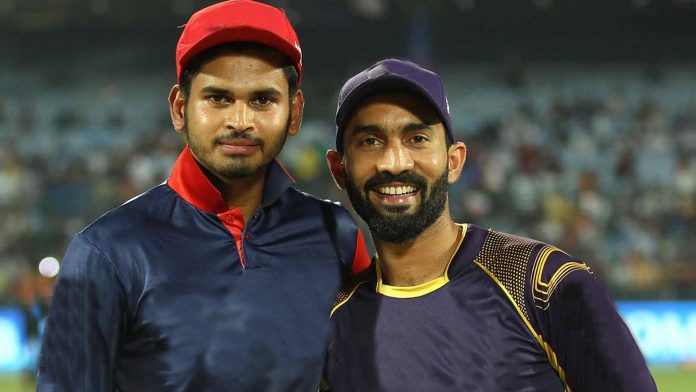 The IPL-12 has been in the talks since last some time, be it due to the controversial mankading or the missed no-balls. Well, the season is about to host the 10th match of the season today at the Feroz Shah Kotla stadium, Delhi.

In the latter game of the double-header weekend, Delhi Capitals and Kolkata Knight Riders will meet each other at the ground. Both the teams have played 2 matches each with KKR winning both the games played & Delhi with a score of 1 Win & 1 Lose. Comparing both the teams, Delhi Capitals have a great team with a lot of young talent & might surpass the Knight Riders in the upcoming game. Let’s see what the game might look like.

The 10th match of the season will be held at the Feroz Shah Kotla stadium in Delhi. Talking about the pitch conditions of the ground, then the Feroz Shah Kotla’s pitch is known to slow down in the latter innings of the game. Also, spinners are known to have an advantage at the pitch due to its slowing down nature. It is expected that whichever team wins the toss, will opt to bowl first because as adapted from the previous game on the ground, CSK had a great time chasing the target & eventually won the game.

Kolkata Knight Riders, who have won their previous two matches, will be playing their first match away from their home ground in the on-going season. The Knight Riders have a strong team with Andre Russell on a winning spree since last 2 matches and are expected to move ahead with an unchanged playing XI.

Let’s see the does the 10th match of the season has in store for the Indian Premier League fans. Will Kolkata Knight Riders register a heroic win in their 3rd game of the season or will look down to their first defeat of the season? Stay tuned to MyTeam11 to stay updated with the latest sports stuff.