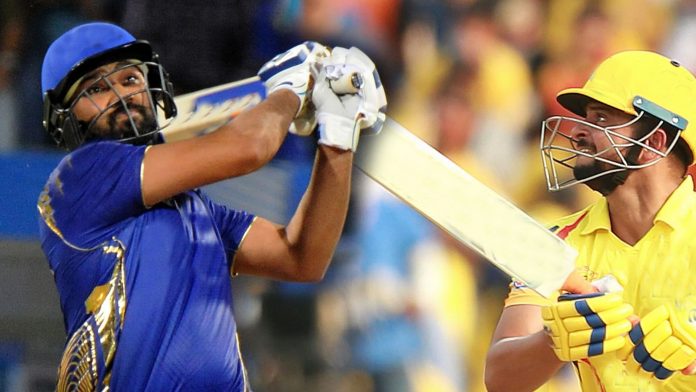 Spinners will get a lot of help from this pitch. In the previous matches played here, batsmen found it difficult to time the ball against spinners. Team winning the toss will look to field first because batting becomes easy in the second half of the match due to the dew factor.

As far as weather conditions are concerned, it will generally be clear with temperature near about 35 degrees Celsius. Humidity will be on the higher side.

Shane Watson’s innings against Sunrisers Hyderabad must has been a big relief for the captain, MS Dhoni. As far as team combination of Chennai is concerned, no changes are expected for this match. Chennai Super Kings is at the top position in the points table with 8 wins in the 11 matches they have played.

Talking about the team combination of Mumbai Indians, they might bring left-arm medium pacer, Jason Behrendorff, in place of Australian all-rounder, Ben Cutting. No other changes are expected other than this. Mumbai Indians is at the 3rd spot in the points table with 6 wins in 10 matches they have played.

With 16 points in hand, Chennai’s playoffs chances are almost assured while Mumbai still needs a couple of wins in their rest matches to place themselves among the top 4. However, Chennai hasn’t lost a match in their home ground yet, so, they will like to continue with the same. The rest will depend on time. Let’s see what happens in this mouth-watering contest.