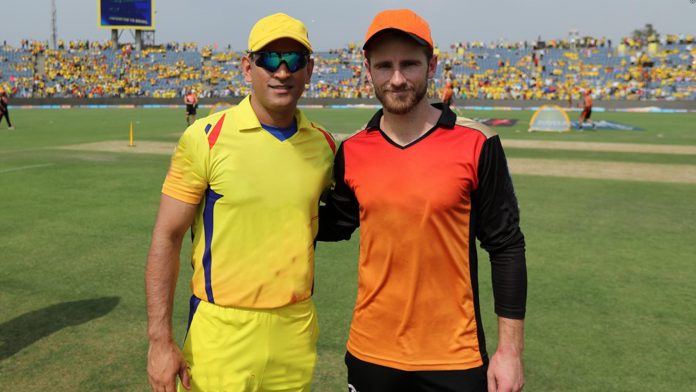 Sunrisers Hyderabad has won the last two matches whereas Chennai Super Kings has lost its previous two matches, but is still at the 2nd spot in points table. So, it will be an exciting contest to watch when these two teams will play against each other.

The match is scheduled to be held at the M.A. Chidambaram Stadium, Chennai. Spinners always gets an advantage on this pitch. The previous matches played at this ground were low scoring. The team winning the toss will opt to bowl first because chasing becomes easy. As far as the weather conditions are concerned, the temperature will hover around nearly 34 degrees Celsius, but the humidity will be on the higher side.

Talking about the team combination of Sunrisers Hyderabad, the team is expected not to do any changes in its playing XI. They have won the previous two matches and will like to continue with the same momentum.

Here is probable playing XI of both the teams

Player to look for–