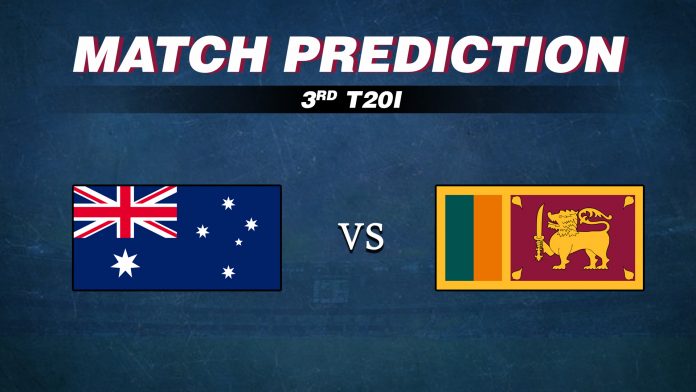 The 3-game T20 series between Australia and Sri Lanka is nearing its end with the final game of the series all set to be played on November 1. The game will be played at the Melbourne Cricket Ground, Melbourne, beginning at 1:40 P.M. IST.

The series looks in favor of Australia already as with 2 victories from the 2 games played, they have the upper hand. Sri Lanka, on the other hand, looked weak, barely managing to score a total of 100 in the first match, whereas in the second game they managed to pull off a total of 117 runs. With the T20 World Cup approaching next year, Sri Lanka’s performance in the series has been quite disappointing.

The game is slated to be played at the Melbourne Cricket Ground, Melbourne. The pitch here is known as one of the most competitive surfaces in the world apart from being famous for offering a fine balance between the bat and ball.

The day is expected to be mostly cloudy, with precipitation levels of as low as 3%. The temperature will be around 30-32 degrees Celsius.