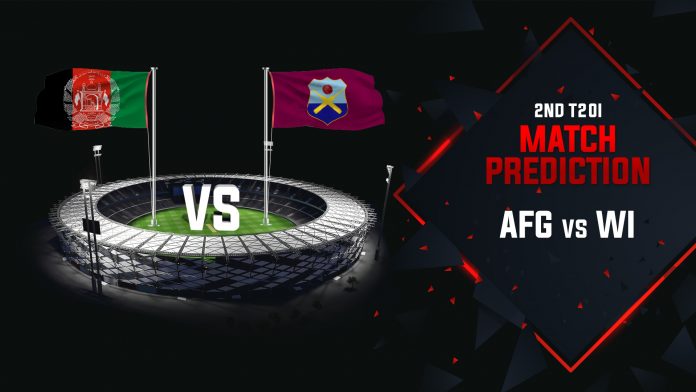 After ending the 3-game ODI series in a whitewash and then emerging victorious in the first T20I, West Indies, by true means, has been dominating the series against Afghanistan. Well, now the series is moving towards the second T20I which will be held on November 16, kick-starting at 7:00 P.M. IST.

The previous game had been an action-packed event where players from both the teams put up their best performances. The Caribbean opener Evin Lewin looked in full-form as he played a knock of 61 off 41 whereas Brandon King failed on the field. However, Windies still managed to pull off some big shots and put up a strong total on the board.

The Afghanistan players, on the other hand, were slow to score. But their bowlers did an appreciable job. However, nothing could stop their opponents. They need to get back strong in the upcoming game otherwise they’ll have to deal with another defeat.

The game is scheduled to be played at the Bharat Ratna Shri Atal Bihari Vajpayee International Cricket Stadium in Lucknow. Just like any other Indian pitch, the ground supports spin. The first few overs shall give some benefit to pacers, but for the most part, it’ll be the spinners who will enjoy the delight.

As per the weather reports, the game day will be sunny with a temperature around 24-28 degrees. There are no chances of rain and a full game in on the cards.