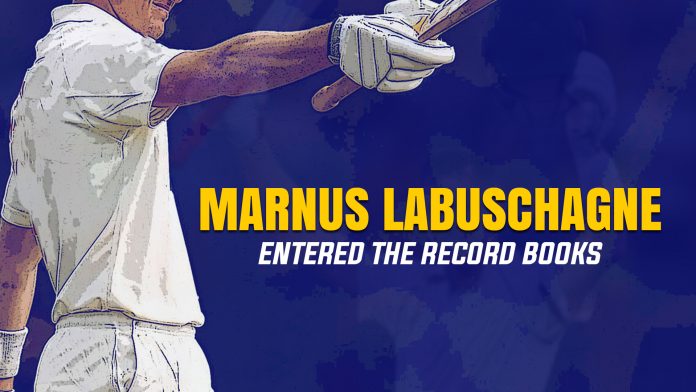 Marnus Labuschagne's tremendous form continued in the first Test vs New Zealand in Perth as he entered the record books after scoring his third successive Test hundred on Thursday. The Queenslander reached the milestone by dancing down the track to launch Mitchell Santner for a six over the long-on.

The 25-year old now has scores of 185, 162 and 110-not out in his last three Test innings. He is now also only the third Australian batsman to attain such achievement after Charles Macartney in 1926 and Don Bradman in 1937-38.

Labuschagne was called into the Australia side as a concussion substitute for Smith at Lord’s in the Ashes this year and the Australian hasn’t looked back since.

Coming in place for Smith, Labuschagne saved the second Test with a gritty innings of 59 runs. Labuschagne went on to score 74, 80, 67, 11, 48 and 14 in his first Ashes series to become an integral part of Australia's batting unit.

Marnus is the leading run-scorer in Test cricket this year, the 25-year-old also completed 1,000-runs in the five-day format. Labuschagne now averages 89.88 since the Ashes.

Labuschagne, who started the season with 110 rank in the ICC Test rankings for batsman, is now ranked 8th on the list.

Labuschagne came just before lunch in the first day of Perth Test. The New Zealand bowlers hardly even came close to bothering Labuschagne. They simply weren't allowed to or even given a chance for the third time this Australian summer. The Queenslander along with Steve Smith put on 132 for the third wicket, but Wagner got the latter with short ball as he hit it to Tim Southee at leg gully.

Labuschagne and Travis Head were unbeaten on 110 and 20 runs respectively to help Australia churn out 248-4 against New Zealand on the opening Day.