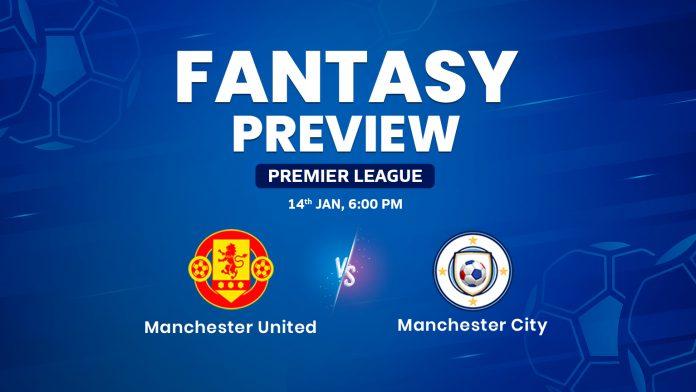 The highly-anticipated Manchester Derby of Manchester United vs Manchester City is set to take place this Saturday at Old Trafford. United has been in impressive form of late, currently on a four-game winning streak in the Premier League, which has propelled them to fourth place in the standings.

Their last match resulted in a convincing 3-0 home victory against Bournemouth, with goals from Casemiro, L. Shaw and M.  Rashford. This match is sure to be a fiercely contested encounter as both teams will be looking to make a statement and come out on top in this historic rivalry.

Manchester United has been displaying a solid defensive performance at home as they have kept five consecutive clean sheets in the Premier League games played at Old Trafford. However, the team has struggled when facing Manchester City, conceding 12 goals in the last three meetings between the two teams.

Despite that, Manchester United has been in good form overall, suffering just one defeat in all competitions since October and is expected to put on a strong display during this encounter.

Manchester City has been in solid form, remaining unbeaten in their last three league matches and securing a 1-0 win over Chelsea in their last outing. However, both teams have had different experiences in the EFL Cup, as Manchester United recorded a comfortable 3-0 win over Charlton Athletic, while Manchester City suffered a surprise 2-0 defeat to Southampton, resulting in an early exit from the competition.

M. Rashford (Manchester United): Rashford made a significant impact as a substitute by scoring twice, leading United to a 3-0 victory over Charlton Athletic, securing the team’s spot in the semi-finals of the League Cup.

E. Haaland (Manchester City): Since his debut in the summer, has made a huge impact in the Premier League, showcasing his goal-scoring abilities by scoring 21 times in just 16 appearances. His performances have been nothing short of sensational, and he has quickly established himself as one of the most feared forwards in the league.

Join the upcoming football action of Manchester United vs Manchester City on MyTeam11 now to WIN BIG. Make fantasy teams in the match to win big cash prizes. Also, if you want to win rewards like iPhone 14, iPad, Samsung Smart Watch, you can take advantage of the Refer & Earn campaign on the MyTeam11 app.