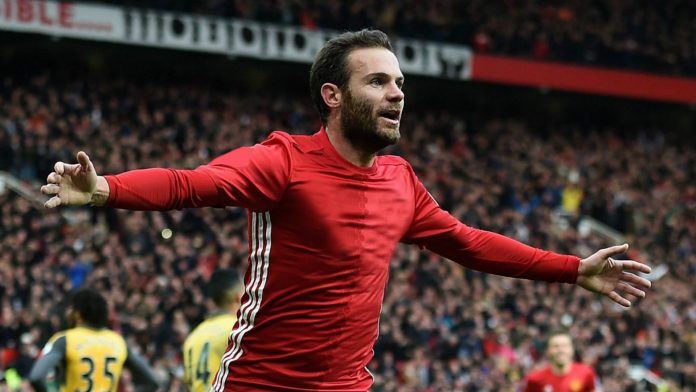 The Premier League match played between Manchester United and Arsenal on Wednesday ended with a 2-2 draw, denying both the teams another chance to claim a victory. The teams were witnessed trying hard for a long time to register a Premier League Victory against their name, and the Wednesday game could have been their chance of turning their dreams to reality.

However, not all dreams do come true. The game saw Manchester United being deprived of victory for the fourth time whereas Arsenal failed to register their first victory in the past 12 chances taken by the team.

The game was a delight to watch with Manchester United manager Jose Mourinho, following the 2-2 draw at Southampton on Saturday, taking a bold decision of dropping Paul Pogba and Romelu Lukak to the bench. However, the manager was well aware of the fact that his decision might receive a lot of criticism amidst people if the team fails to make a mark on the field.

On the other hand, Arsenal looked to be well-prepared and ready to fight with all their spirit, which won the hearts of million football fans on Wednesday. Their efforts to stay in the game and claim a triumph was quite evident with their actions on the field.

The game was a roller-coaster ride for both the times with the teams chasing scores till the last minute and ending up with a draw. Initially, the lead was in the hands of Arsenal during the 26th minute of the game but didn’t seem to stand there for long as Herrera and Martial equalized the game for United.

The game then witnessed a series of 5-yellow cards being issued between the teams in the 36th minute of the game. Also, the first half saw Arsenal defender Rob Holding walking out of the ground following an injury. The game gained pace in the 68th minute with Arsenal leading once again but soon being equalized by the United player Jesse Lingard, ending the game with a 2-2 draw.

With Wednesday’s game, Arsenal slipped to the fifth place and United to the eighth place. Let’s see what the next Premier League match will have us witnessing. Till then stay tuned to receive the latest sports stuff.