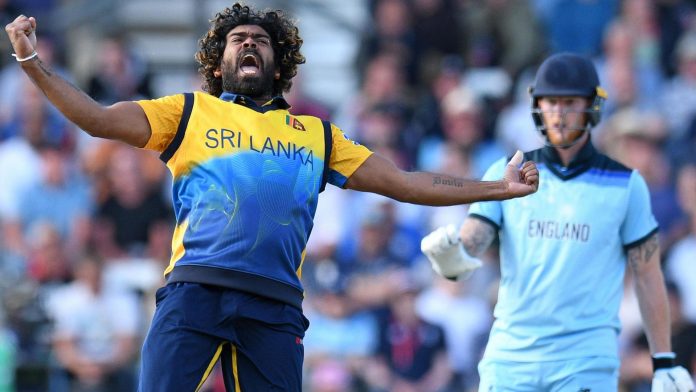 In the 27th match of the ongoing World Cup played at Headingley, Lasith Malinga’s four wicket haul and Angelo Mathews unbeaten 85 gives Sri Lanka the second win of the tournament. The two veteran Sri Lankan players proved that age is just a number.

Playing for the first time at Headingley, Sri Lanka’s skipper Dimuth Karunaratne won the toss and elected to bat first. But the decision backfired as the Lankan lions lost both the openers at the score of three only. After this initial destruction, debutant Avishka Fernando and experienced Kusal Mendis stitched 49 runs for the fourth wicket to give some stability to the innings. Avishka Fernando was looking good before England pacer; Mark Wood showed him the pavilion way.

Former Captain, Angelo Mathews then took the responsibility on his shoulders and played a crafty inning of 85* which helped Sri Lanka to reach a competitive total of 232 in their 50 overs.

Although the score was below par and England could have thought to chase it quite effortlessly with the kind of form their batsmen showcased in this tournament. But on the other side was the Sri Lankan legend, Lasith Malinga who gave the first breakthrough in the second ball of the innings.

He dismissed Jonny Bairstow in the first delivery he faced. Following this, the Sri Lankan speedster, Malinga sent the other England opener back to pavilion at the score of 14. Now all the eyes were on England skipper, Eoin Morgan who smashed 17 sixes in the previous game but he failed to live up the expectation in this match. After his dismissal, Jos Buttler joined Joe Root, who was at the other end. Before both of them could take the game away from Sri Lanka, right arm pacer, Lasith Malinga sent them back to pavilion one after the other. The chase started looking difficult after their dismissal.

However, Ben Stokes played an exceptional knock to keep England in the match but didn’t get any support from the other end. As the result of which the host fell short by 20 runs.

Lasith Malinga was named ‘Player of the Match’ for his outstanding bowling figures – 4/43(10).