Major setbacks for Australia ahead of semi-final with England 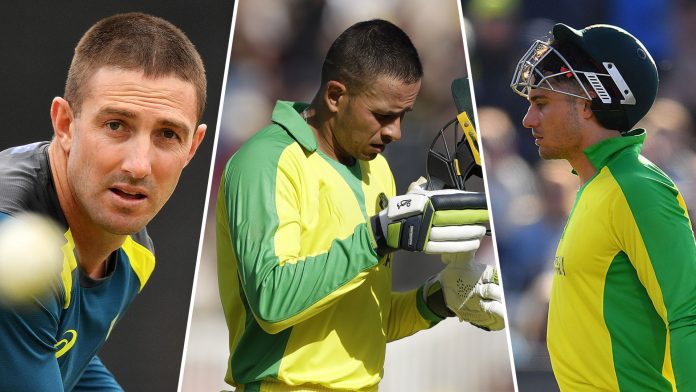 In the second semi-final of the ongoing World Cup, Australia and England will lock horns with each other on 11th July at Edgbaston. The winner of this match will inch one step closer to lift the title.

Defending champions, Australia has showcased some brilliant performances in this tournament and ended the league stage at the second spot while England, the team which entered with favorites tag lost the momentum in the middle but managed to make it among top four at the end.

Although the Australian team showcased some sensational performances in this tournament but now they must be under severe pressure ahead of the semi-final. In the past week, two of their leading players were ruled out of the World Cup while one is under observation for the match.

Top order batsman, Shaun Marsh, and Usman Khawaja have been already ruled out of the tournament. Shaun Marsh was struck by a short ball from his teammate Pat Cummins while batting in the nets while Usman Khawaja who had been batting at number three against South Africa in the last league stage match, picked up the hamstring injury following which he left the field immediately.

"I feel that sad for him (Usman Khawaja) that he's going to miss the World Cup semi-final," said Langer, who added that Mathew Wade would come into the side.

Peter Handscomb and Mathew Wade have been called up as the replacement of both the batsmen.

Moreover, all-rounder Marcus Stoinis, who had been struggling with side strain is also a doubt for Australia vs. England semi-final. All-rounder Mitchell Marsh has been included in the squad as cover for Marcus Stoinis.