Lookback at ‘The Revenge Series’ between India and West Indies 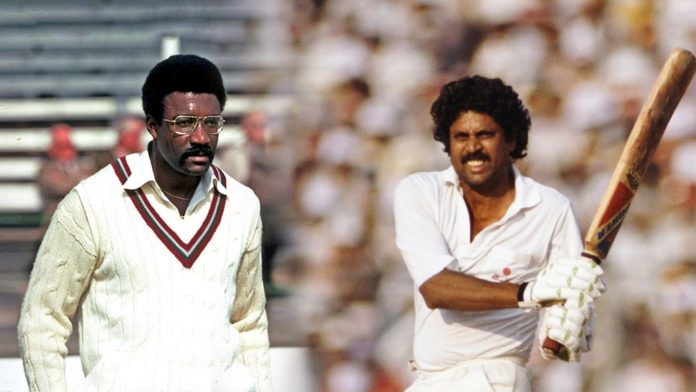 West Indies cricket ruled till the mid-1990s in all formats of the game that were played that time. Their dominance started in the late 1970s, and by the 1980s era, their performance was at an absolute peak. During that period, West Indies consecutively won the first two editions of the World Cup, in 1975 and 1979 respectively and were runners up of the 1983 World Cup.

Seeing their dominance at that time, the cricket pundits and historians believed that such a team will not be seen on the cricket field ever. Whether playing at home conditions or abroad, the Caribbean Giants always showcased their aggressive game and got the path to victory. But, the 1983 World Cup loss to India in the final, gave a huge pain to the West Indies team as a result of which a series was arranged between two nations termed as ‘Revenge Series’. Captain Clive Llyod was a great competitor and determined to prove that the West Indies side was still the best.

The Clive Llyod led side came to India with a specific aim to take the revenge and prove that the Indian team luckily defeated them in the finals. West Indies played six test matches and five One-Day Internationals against India in the series.

The first test of the series was played at Kanpur, and due to West Indies ‘domination, Indian team lost the match by an innings and 83 runs. West Indies‘ pace army of Malcolm Marshall, Micheal Holding, Winston Davis, and Eldine Baptiste were unplayable in the game.

Captained by Kapil Dev, India managed to draw the second test match at Feroz Shah Kotla, Delhi but lost the third match by 138 runs at Ahmedabad. After 3 test matches, the Indian team was lagging by 0-2.

In the fourth test match, the Indian team found a way to draw the game. Going to the fifth and the series decider test, Kapil Dev won the toss and elected to bat first. India needed a strong batting performance to give themselves a chance, but once again, Indian openers were nowhere to be seen in front of the fierce West Indies bowling attack. However, with the help of Kapil Dev’s 69 India managed to put 241 runs in their first innings. For West Indies, Clive Llyod’s 161 helped the team to score 136 more runs than India.

The Windies pacer brought the best performance of the series in the second innings of this match. With the figures of 6/37, Malcolm Marshall demolished Indian batting line up and India only scored 90 runs in the second innings. Hence, losing the match by an innings and 46 runs. Following this defeat, the Indian team lost the series.

In the final test match of the series held at Chennai, Sunil Gavaskar‘s aggressive batting performance helped the Indian team save the match and pride. He scored 236 runs in this match.

In the five one-day match series, the Caribbean Giants whitewashed the World Champions by 5-0. It was hard to believe that the side that lifted the World Cup trophy five months ago didn’t even win a single match.

Clive Llyod’s West Indies fulfilled their mission after defeating the Indian team in both the Test and One Day series. West Indies' dominance in the World continued for a decade after which it started to decline subsequently.

Follow MyTeam11 for more updates and information about the upcoming West Indies-India series predictions and news.