KXIP vs DC: 2 Players from Each Team to Look out for in the Upcoming Face-off 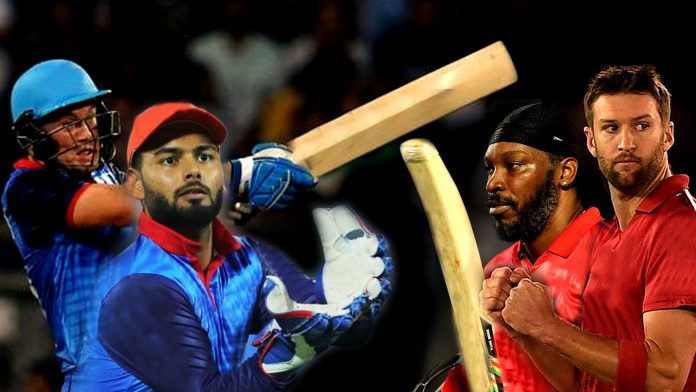 Kings XI Punjab and Delhi Capitals are gearing up for their 4th match of the on-going Indian Premier League. In an effort to take a dig at each other & crown themselves as the winner of the 13th match of the season, both Delhi & Punjab have their spirits high.

The match which is slated to be held at the Punjab Cricket Association, Mohali, India, will be a delight to watch as cricket fans might expect raining fours & sixes based on the pitch conditions. The upcoming match has a lot in store for people who are head-over-heels in love with the game. Well, that’s not something unique as each of the IPL match is a treat to your controversial cravings & thrill calls. We’ve picked two prominent players from each team, who’ll be a total delight to watch, read on to know more.

The young Indian lad, who has been in the news for his terrific performance both as a keeper & a batsman, alongside making news for being the perfect replacement to former Indian skipper, MS Dhoni, in the coming times. The player had been in form since the start of the season & his last encounter with Mumbai Indians proved his worth. He took a jibe at prominent bowlers like Hardik Pandya & Jasprit Bumrah, hitting them hard across the stadium. The player’s performance against Punjab will be highly anticipated and might be a game turner for Delhi.

The South African star, Colin Ingram, who is currently playing for the franchise, Delhi Capitals, is yet another player for whose performance people might sit tight in front of their TV screens. The player was previously seen earning glory in PSL. He started his IPL journey with 47 runs off 32 balls, but has been quite slow off-late. However, the player is expected to pick the pieces & smash a terrific performance on-field against Punjab.

The west-indies player, known for his fun-filled dance performances & hard-hitting boundaries is a trump card for Punjab who can turn the tables even in the last over of the game. The innings of this Caribbean Giant is almost everyone’s favorite, no matter what team they’re supporting. Gayle is known destructing the opponents’ bowling line-up, which might be a common sight in the upcoming match. If Delhi fails to get hold of the player, then they might lose hold on the game too.

Tye, who is known for being a perfect fit for death overs, will be the other player whom you should look out for. The last year’s Purple Cap holder, couldn’t manage to pull off much in the 12th edition of the Indian Premier League, but still remains to be the perfect choice for death over & limiting players like Rishabh Pant.

So cricket lovers get ready with a bucket full of popcorn, get your chores done & sit right in front of your tv screens to watch a thrilling face-off. Apart from this, if you want to stay updated with the latest sports stuff, then stay tuned to MyTeam11.