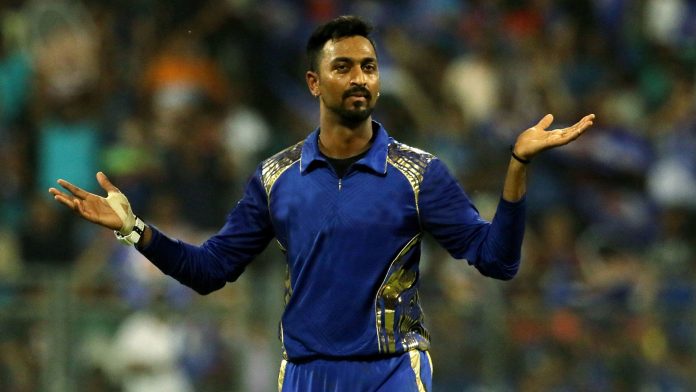 The elder one of the Pandya brothers, Krunal Pandya, recently gave humanity a new definition, proving that both the sportsman spirit and social values hold a special place in his life. Ex-Indian cricketer Jacob Martin on December 28, 2018, met with an ominous accident after which he has been battling for his life. The former player suffered serious lung and liver injuries during the road accident after which he has been put on a ventilator in a hospital of Vadodara.

The incident shook Martin’s family, and as per the reports, his wife wrote a letter to the Board of Control for Cricket in India (BCCI) seeking help. On receiving the request, BCCI sanctioned a cheque of ₹5 lakhs for the aid of the player.

On the other hand, the Baroda Cricket Association too stood by the player in his hard times and sanctioned a cheque of ₹3 lakhs for the player. Also, the former Indian Skipper Sourav Ganguly extended a helping hand for the player and transferred an undisclosed amount to the player’s bank account.

Well, the recent to join the list of aiders for Martin is the 27-year-old Indian bowler, Krunal Pandya. Krunal left a blank cheque with the secretary of Baroda Cricket Association, Sanjay Patel, to put in the required efforts from his end. The player told Patel, "Sir, please fill up whatever is needed, but nothing less than Rs 1 lakh."

"Martin's family was in a dilemma, whether to appeal for help or not. Today, the situation is such that they don't have to ask, members from the fraternity are asking about the amount to transfer," Patel said.

The others to join in hand for helping Martin include, Ravi Shastri, who is currently in New Zealand for upcoming series but has assured help. The list also includes Zaheer Khan, Irfan Pathan, Yusuf Pathan, and Munaf Patel to name a few.

"It's overwhelming that Zaheer Khan, Yusuf and Irfan Pathan, Munaf Patel, Sourav, and Ravi, among others, have come forward to extend a helping hand in this time of distress for Martin's family," Patel said.

Martin played a total of 10 ODIs after making his debut under Sourav Ganguly in the year 1999, scoring a total of 158 runs with an average of 22.57. We wish Jacob Martin a speedy recovery. Till then if you want to stay updated with the latest sports stuff then keep watching this space.