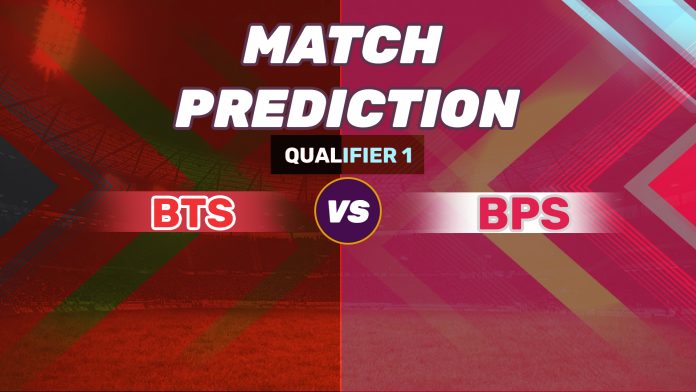 After a grueling league stage in the ongoing edition of the Karnataka Premier League, we are all set to enter the playoffs as Bellary Tuskers take on Belagavi Panthers at Srikantadatta Narasimha Raja Wadiyar Ground in Mysore on Wednesday. The two teams have performed exceedingly well in the tournament thus far and will be looking to go all guns blazing in the first qualifier to fix their berth in the final.

The two teams finished the league stages at first and second spot respectively with Bellary Tuskers bagging a point extra. Interestingly, both teams have lost two games each. The team which loses in the first Qualifier will play Qualifier 2 on Friday.

The rains in the state have settled down for now and the playoffs could go uninterrupted. The weather forecast suggests that Wednesday could be a cloudy day and also possible spells of rain. However, the match is expected to be completed without any reduction of overs.

Five out of six matches hosted by Mysore have been won by the teams chasing. The batting first side won the game played at night on Tuesday by 17 runs while defending a total of 195. Teams might prefer to bowl first at this venue especially with the track suiting batsmen under lights. The short boundaries do contribute to the good record of chasing teams.