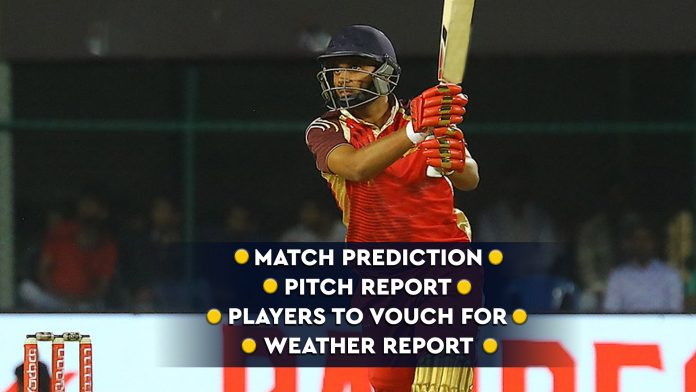 In the first three seasons of Karnataka Premier League (KPL), Hubli Tigers has been one of the most consistent sides having been able to play according to populous ’expectations. With this, the team will begin their KPL campaign in the 2019 edition on Saturday, facing Shivamogga Lions at the Chinnaswamy Stadium in the game which is slated to begin at 3 PM local time.

Shivamogga Lions, on the other hand, lost all the six matches they played in the previous edition and will be looking to start the ongoing season fresh. They came into the KPL named Namma Shivamogga in the 2015 edition. The Shivamogga based franchise turned into Shivamogga Lions but surely that change didn’t work for them as they wanted to happen.

The weather hasn’t been good for play at Bengaluru as the first match of the tournament getting washed out due to the rain intervention. Moreover, the forecast for the second day isn’t great either, which certainly is a disappointing sign for any league. With not much time available between the first and second game in the doubleheader, the afternoon fixture could get abandoned even if it rains for one and half hours.

The pitch is kept under covers for more than 12 hours now and the stickiness would have only risen. If the game is scheduled, it is expected that bowlers will find it easier to adapt to conditions than batsmen.