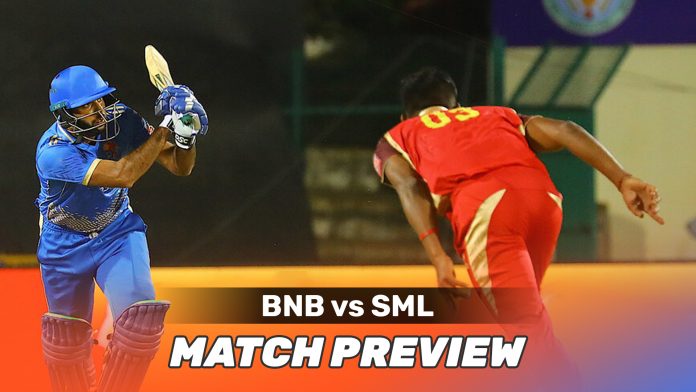 We are all set to witness another crackerjack of an encounter in the ongoing Karnataka Premier League (KPL) 2019 as Bengaluru Blasters taken on Shivamogga Lions at M. Chinnaswamy Stadium in Bengaluru. Shivamogga Lions have got off to a perfect start, occupying top spot in the points table – registering two wins in two games. Bengaluru Blasters, on the other hand, have already experienced a washout game and are yet to open their win tally.

The weather hasn’t been best for playing which eventually has made the interest of fans walk a different path. The state association along with the organizers will be hoping for the clear sky in the days to come.

In the last few days, there has been significant rain in Bengaluru and would be the same for another week or so. However, scattered thunderstorms are predicted during this match. Thus, if we are lucky enough, we might get to witness a full game. Humidity will be on the extremely high side.

The Chinnaswamy pitch is a decent cricketing track. Bowlers will find enough assistance and batting might get easy in the latter half of the innings.