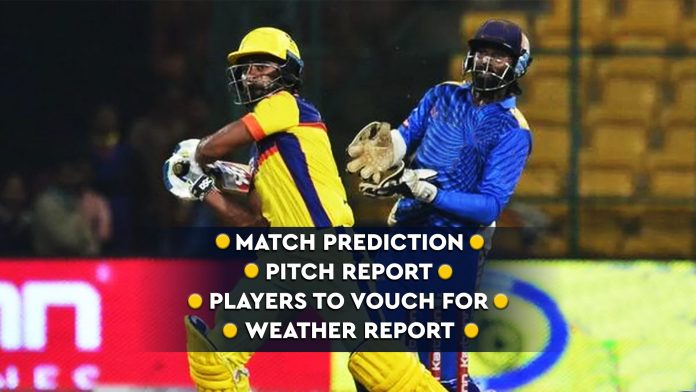 After a dramatic end to Tamil Nadu Premier League (TNPL), we are all set for another state premier league with Karnataka Premier League (KPL) set to host its third edition. With this, the last season’s runners up Bengaluru Blasters will lock horns against the host Mysuru Warriors on Friday at M. Chinnaswamy Stadium in Bangalore. The Blasters went down to Bijapur Bulls in the 2018 season final where they were bundled out for only 101.

The Blasters, led by Rongsen Jonathan, have big names in their line-up. Sharath BR and Rohan Kadam, who played a key role in Karnataka’s maiden Mushtaq Ali title, might be the opening pair for the home team. The Mysuru Warriors, on the other hand, will be led by Amit Verma and will look to start the season on a fresh note.

The two teams will be looking to start the season on a fresh note and bag first win in the first game of the tournament. This remains to be seen if Warriors can continue their 2018 dazzling run or it will be Blasters who will come out strong.

The three KPL matches that the Chinnaswamy hosted last year recorded three different totals. The stadium is known for some clean hitting and short boundaries. It will once again be a day where bowlers will find it difficult to hide.

A typical Bangalore weather could be seen at the Chinnaswamy Stadium on the first day of the tournament. About 70% of rain chances are predicted in the weather forecast from 2 PM local time. A shortened game is expected if the weather permits as the drainage facility at the venue are quite good.