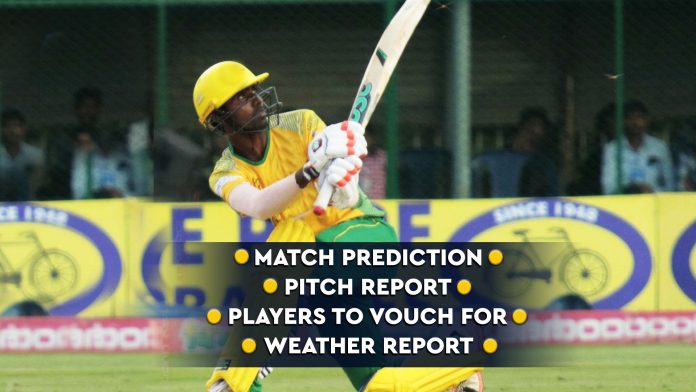 The 2019 edition of KPL didn’t start with a mind-blowing encounter as the rain played a spoilsport, washing out the inaugural match of the season. However, in yet another clash of the on-going season, Bengaluru Blasters and Bijapur Bulls will lock horns at the M Chinnaswamy Stadium, Bangalore at 7:00 P.M. IST. The upcoming match would be a delight to watch as it will see last year’s champions and runners-up walking the field once again.

Last year champions which have won a total of 2 titles, Bijapur Bulls, had a brilliant record in the last edition with 5 victories and 1 defeat. On the other hand, the season was equally great for Bengaluru Blasters who gave a tough competition to the Bulls in the 2018 season finale. In the upcoming match, the Blasters will definitely try to avenge their previous defeat whereas the Bulls would try to maintain the upper hand in the game.

Known to be a batting paradise for players in the limited-overs matches, the M. Chinnaswamy stadium’s pitch aids scoring and chasing big scores with ease. Not just batsman but pacers too get the benefit of the pitch as it has something to offer for the bowlers too.

With precipitation chances as high as 80%, rain is expected to lead to another wash-out. The temperature is expected to be somewhere about 25 degrees Celsius with humidity levels around 88%.

Players to Vouch for: