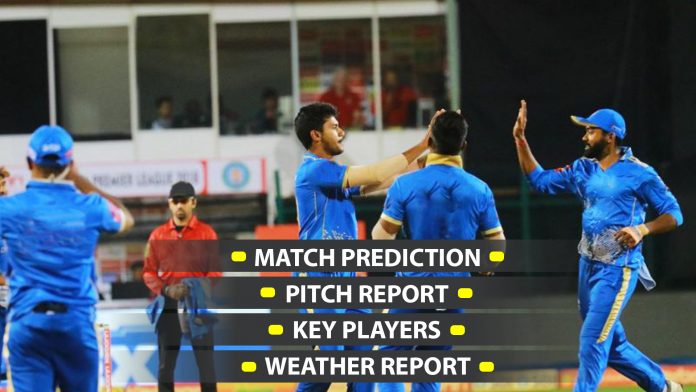 We are in the middle phase of Karnataka Premier League, and in the 12th match Bellary Tuskers and Bengaluru Blasters will lock horns against each other. The live-action of the game will start at 3:00 PM IST.

Bellary Tuskers are placed at the second spot with three wins in as many matches. The team won its first two matches against Belagavi Panthers and Hubli Tigers by close margin of 5 runs and 9 runs respectively. Whereas, in their third match of the season, they registered a comprehensive victory by 7 wickets against Bijapur Bulls.

On the other hand, Bengaluru Bulls have had a disappointing season thus far has not registered a win yet. Their first match against Mysuru Warriors has been called off due to rain while the second match against Bijapur Bulls ended in a tie. In their third match which was interrupted by rain, Shivamogga Lions defeated them by 7 wickets. With two points, the team is currently placed at the fourth spot.

In KPL 2019 the Bengaluru track has looked entirely different. The teams have not managed to put huge totals on the board, and again a low scoring game is on the cards.

Rain might spoil the game as the reports suggest it will be cloudy throughout the day with a scattered thunderstorm. The temperature will hover around 26 degrees Celsius while humidity will be on a higher scale of approximately 84%.

Player to Vouch for-