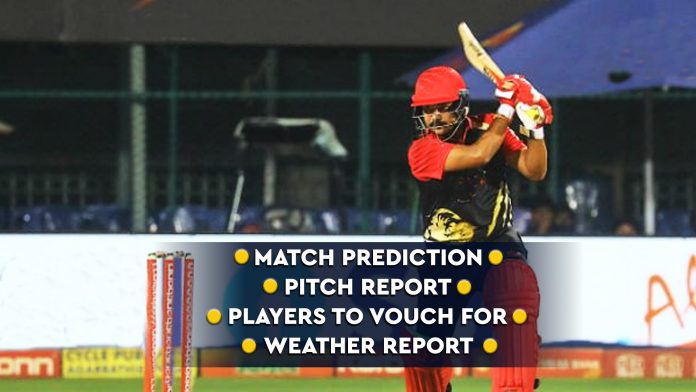 After a disastrous start to the fourth edition of the Karnataka Premier League (KPL) after the inaugural game of the season getting washed out after Bangalore experiencing heavy rains. Without a ball being bowled, the focus of the league shift to the games to be played on the second day of the tournament. Bellary Tuskers and Belagavi Panthers will be up against each other at the M. Chinnaswamy Stadium in Bangalore on Saturday.

The two teams have had a decent run in the last edition after getting close to entering the knockout stages. However, Bellary Tuskers and Belagavi Panthers stood as the champions in the 2016 and 2017 editions respectively and this remains to be seen if the two teams can repeat the heroics in the ongoing edition.

The weather in Bangalore hasn’t been good to play cricket from the last couple of days with the city experiencing heavy rainfalls. Moreover, the forecast for the second day isn’t great either, which certainly is a disappointing sign for any league. With not much time available between the first and second game in the doubleheader, the evening fixture could get abandoned even if it rains for one and a half hours.

The pitch is kept under covers for more than 12 hours now and the stickiness would have only risen. If the game is scheduled, it is expected that bowlers will find it easier to adapt to conditions than batsmen.