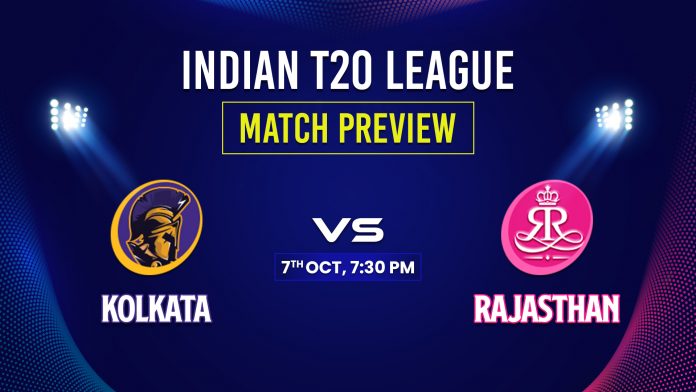 Kolkata is in a tough spot as the 54th match of the Indian T20 League between Kolkata and Rajasthan will decide the destiny of Mumbai and Kolkata. Given their significant net run rate, if Kolkata manages to pull a win at Sharjah, they will most likely land into the playoffs. But, on the other hand, even a big win against Kolkata will be a waste for Rajasthan as they won't find a place in the playoffs.

Kolkata is sitting in 4th place as of now, but it still needs a win to get some assurance for the playoffs. They need to pull all their stops to convert this match into a victory. Considering Iyer's form, tagged with Rahul's performance in the previous games, Kolkata has a good batting lineup. Their bowling has been impressive in the current season. Basically, the squad is playing well and can convert the match in their favor, but the skipper's form is something the fans are afraid of. We might also see Shakib in their remaining games, which would certainly add more depth to the team.

Rajasthan's campaign is over, and all they can do is cause some troubles for Kolkata in their journey to the playoffs. Sanju has been phenomenal in this league, but he couldn't find luck on his side and lost most of the matches in the second leg. Yashasvi showed some natural talent with his bat, but it has all gone in vain as there's no hope left for them this season, and they will play their last match against Kolkata.

The maximum and minimum temperatures at Sharjah will be around 38 and 27 degrees, respectively. The skies will be clear, and the humidity will be approximately 70 percent.

Sharjah's pitch has produced an average score of 150, which implies that the pitch is balanced. However, the record of winning matches of the team after batting first is considerably poor, and hence we will see the team winning the toss bowling first.