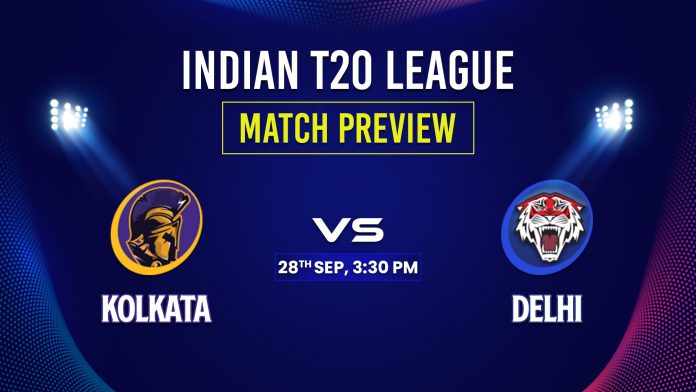 The Indian T20 League will have another double header match on Tuesday. The first match will be played between Kolkata and Delhi in the Sharjah Cricket Stadium at 3;30 PM, followed by the second match between Mumbai and Bangalore in Abu Dhabi at 7:30 PM. Delhi is in a great form and with 16 points on the table they are just behind the top position holder team, Chennai. Kolkata, on the other hand, have 8 points and if they lose the match, teams on 5th, 6th or the 7th position will seal that place if they win their next match.

Kolkata has registered only 4 wins out of the 10 matches they've played so far. However, Kolkata has played in an aggressive form in the second leg. Venkatesh Iyer has done a great job for Kolkata in the second phase and has proved his talent by batting brilliantly in the opening order. Gill played a good innings against Bangalore but failed to score runs with his bat in the following two matches against Mumbai and Chennai respectively. Krishna has been Kolkata's most successful bowler in this season. He has taken 12 wickets in 10 matches and Varun Chakraborty has been the most successful spinner who has taken 11 wickets in 10 matches.

On the other hand, Delhi is doing exceptionally well as they have won 8 out of the 10 matches, they've played and have 16 points on the table. Delhi has a 4-match winning streak and is in its best form. Openers like Prithvi Shaw and Shikhar Dhawan give Delhi a quick start, followed by their balanced middle order which adds depth to the team. With fast bowlers like Rabada, Nortje and Avesh Khan who have been splendid on the flat UAE pitches, Delhi has a great attack in bowling too. Axar Patel and Ashwin strengthen their spin attack.

The weather will be sunny on the game day with a soaring temperature of 39 degrees as the match is played during the daytime.

Sharjah's pitch helps spinners as we've seen the batsmen struggle against spin. The batsmen will try to score runs against the fast bowlers. After winning the toss, the teams will want to bowl first. Any score above 160 will be a tough target to chase.