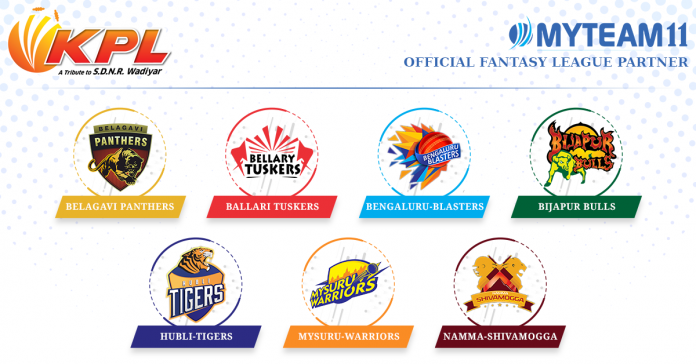 The Karnataka Premier League, having taken off a year after the IPL was launched in 2008, has turned out be a feeder tournament for the world’s leading T20 league. With nearly 30 to 31 players from Karnataka having featured (many of them continue to feature) in the IPL, the BCCI-approved KPL has gained a reputation slowly but surely of being one of the best organised Franchise-based local leagues in the country. It’s a League doesn ot just create stars, the KPL also provides the raw talent in the hinterland of Karnataka a great opportunity as also platform to showcase their skills on a big stage.

The league, that combines Cricket and Entertainment, is scheduled to begin on August 15 this year and will conclude on September 6, 2018. Matches will be played under floodlights in front of noisy crowds in Bengaluru, Hubballi and Mysuru and all the live action will be captured by as many as 14 television cameras. Legendary international cricketers will be part of the commentary panel that will dissect each game as it happens.

As usual the KPL will feature seven franchisees from all parts of Karnataka and feature top cricketers such as Manish Pandey, Vinay Kumar, Abhimanyu Mithun, K Gowtham, Mayank Agarwal to name just a few. This will provide for the right blend of competitive cricket with high profile celebrity flavour and will undoubtedly increase footfall into the grounds and increase eye balls on television exponentially. All matches will be aired Live on Star Sports, the official and exclusive broadcaster of the Karnataka Premier League.