Journey of Rags to Riches: The Past Professions of 7 Cricket Legends 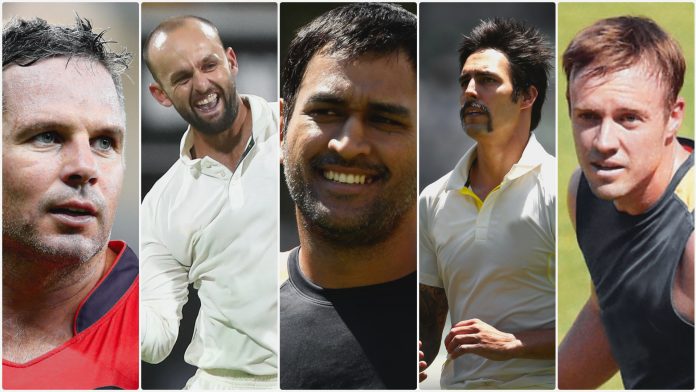 It is well said that destiny plays a crucial role in one’s life. No matter from where start you always end up where you are meant to. Players who are a big name in the world of cricket belonged to some entirely different profession prior to stepping on the ground. We have a list of past professions of 7 cricket legends who made it huge in the cricket history. Read below:

All of you who might have seen “MS Dhoni: The Untold Story,” must be aware of Captain Cool’s previous profession. But, for those who are still not aware of what Dhoni used to work as before joining the world of cricket, we have the answer. MS Dhoni used to work as a TTE before he chose to chase his dreams of becoming a cricketer. Well, we guess he made the right choice otherwise world cricket would’ve lost a legend.

The man with the capability of scoring in almost all directions does not have this approach limited just to the ground but follows in his personal life, as well. If you are wondering about what we exactly meant to say then let us clarify it further. AB de Villiers or Mr. 360° (as he is called by his fans) before joining the South Africa cricket team used to play various sports. He was a national U-19 badminton player. Also, he was selected for the national hockey and soccer teams & was the captain of junior’s rugby team in South Africa.

The Australian player holding the record for most wickets taken by an Australian off spin-bowler initially didn’t plan to become a cricketer. However, destiny had something else in store for him. Prior to joining the Australian team as a bowler, Nathan used to work as a pitch curator in Canberra. We believe his experience as the pitch curator helped him develop a great knowledge of the pitch & that is what made him the man he is today.

Another hardworking gem of the Australian cricket team, Brad Hodge too never thought that he would become a successful cricket legend one day. Prior joining the Aussies, Hodge used to work on a local petrol pump as an employee.

Known for his speed Shane Bond also belongs to the category of players who did not choose cricket as the first profession choice. Bond, prior joining the New Zealand cricket team used to work as a policeman in New Zealand. The player once in an interview mentioned that the training he received in the police department has often helped in the game of cricket.

The West Indies star Sheldon Cotterell who made his cricket debut back in the year 2013, never thought that he would be representing his country. Before Cotterell made his debut with CPL, he used to work as a policeman guarding the pitches at the Jamaica cricket ground.

Another Aussie who didn’t kick-start his professional journey as a cricket player is Mitchell Johnson. The cricket legend before joining the team of Baggy Greens used to work as a truck driver transporting plumbing materials. The player was once quoted saying that he used to enhance & sharpen his bowling skills during free-time.

This was our list of players who didn’t pick cricket as the first choice for their profession. They started the journey with some other profession before making it big in the cricket world. If you remember some more names who you think you saw making ice-creams, filling petrol or driving trucks way before they stepped on the field, then do let us know, till then stay connected to receive more interesting sports feed.