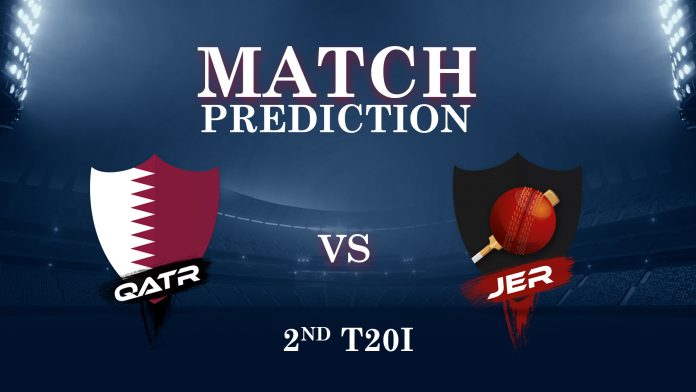 Jersey is on their tour to Qatar for a 3-game T20I series, which began yesterday. The first game ended with Qatar registering a 20-run victory over Jersey. The next game of the series is to be played on October 10, beginning at 6:30 P.M. IST. In case Qatar manages to win the upcoming game too, they will be the clear winners of the series.

The 2nd T20I of the series is scheduled to be held at West End Park International Cricket Stadium in Doha. The pitch here is known for supporting high scores as much as 150+. Thus, the team winning toss shall opt to bat first & put up a big target on board.

The weather reports suggest a clear sky throughout the day. With precipitation levels of 0%, humidity at 62% and temperature around 33 degrees Celsius, the viewers can expect a full match.