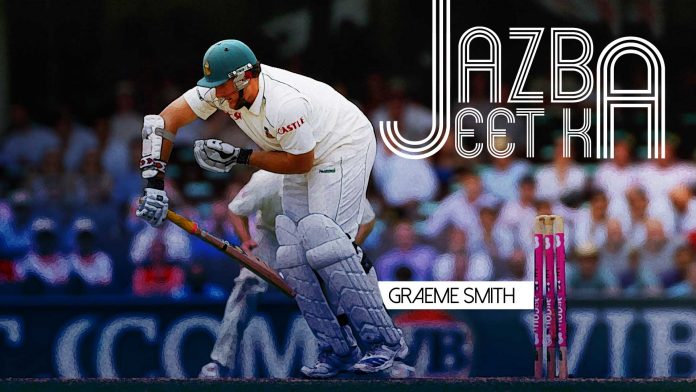 Legendary South African Captain and Batsman Graeme Smith is known for his amazing leadership and batting. Under his captaincy, the Proteas had achieved numerous milestones. He is not only known for his exemplary captaincy skills but also for his brave attitude. The year was 2009 when South Africa was on a tour to Australia. Now, these were the best 2 teams of that time with legendary lineups and a match between them was nothing short of a spectacle.

South Africa had pulled off an amazing victory in the first test chasing down a mammoth total of 414. The second test was won convincingly again by the Proteas thanks to some exceptional bowling from their bowling spearhead Dale Steyn.

The third and final test in Sydney was still an exciting one even though South Africa was far ahead in the series. Batting first, Australia scored a good 394 in the first innings. South Africa came to bat for their first innings and started off well. Greame Smith, who was batting comfortably at the score of 30 faced a rocket of a delivery from Mitchell Johnson which hit him right in the meat of his left arm and broke it. Sensing the impact of the injury he was immediately rushed for medical assistance. The innings continued and Australia restricted South Africa just a few runs short at 327, taking a lead of 67 runs.

In the second innings, Australia scored 257 and set a target of 376 for the proteas to chase down. This time though, things were not going well for the South African batsmen and wickets tumbled at frequent intervals for them. Graeme Smith who was injured did not come out to bat earlier. After the fall of the 9th wicket, it looked quite apparent that the match was over with Graeme Smith injured badly the proteas were left with no batsmen.

At that very moment, in-comes Graeme Smith with his arm wrapped in bandage and head held up high. The crowd erupted to salute the bravery and commitment of the legendary South African. He along with Makhaya Ntini on the other end hung on to save the game from the Aussies until Mitchelle Johnson got the better of Smith and picked his wicket. Australia won the match by 103 runs, but it was definitely Graeme Smith who won the hearts and respect from cricket fans across the world.