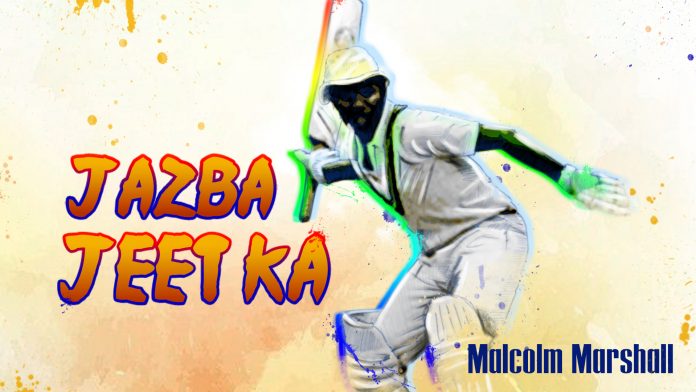 Playing a heroic inning against England, West Indian player Malcolm Marshall set up a terrific example of sportsman spirit. While fielding, Marshall fractured his right thumb, breaking it into two and was told to not even think about picking up the game for at least ten days. On the other hand, his national team kept suffering with quick wickets loss and the fans kept losing their faith. It was for the ninth wicket when Malcolm walked down the field with a plastered hand, struggling to adequately grip the bat in his left. Helping the then playing batsman, Larry Gomes complete his Century, and scoring a four himself with an inside-out forehand down the line, the player become the most celebrated for the team. Marshall’s determination to play & his will-power to succeed, helped West Indies achieve a lead of 32 runs.