#JazbaJeetKa: A Century with a fractured thumb 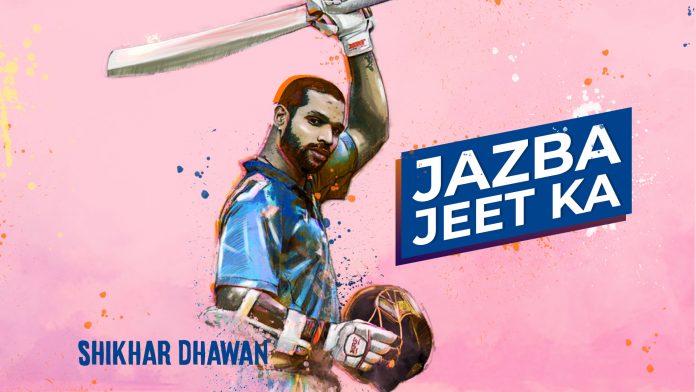 In the match at the Oval, Shikhar Dhawan scored 109-ball 117 to power India to 352/5. In the midst of his innings, he received a blow on his thumb while trying to play a short ball from Pat Cummins in the ninth over. But the courage and determination he showed on the field were insane. Dhawan was on 24 then but didn’t leave the field and batted on after receiving medical attention to score his 17th ODI century. Although he didn’t field at all during Australia’s run chase, his century proved vital as India won the match by 36 runs in the end. During Australian innings, he was captured in the dressing room with an ice-pack on his left thumb.

Dhawan has been always a match winner for the national side. His batting performance goes to the top level on the big stage. Being a big match player, he reserves the best for the big tournaments. His numbers in the ICC tournaments (World Cups and Champions Trophy) tells the story.

In 18 matches of ICC tournaments, Dhawan has scored 1113 runs at an average of 65.47 and strike-rate of 97.71, with the help of five centuries and four half-centuries.