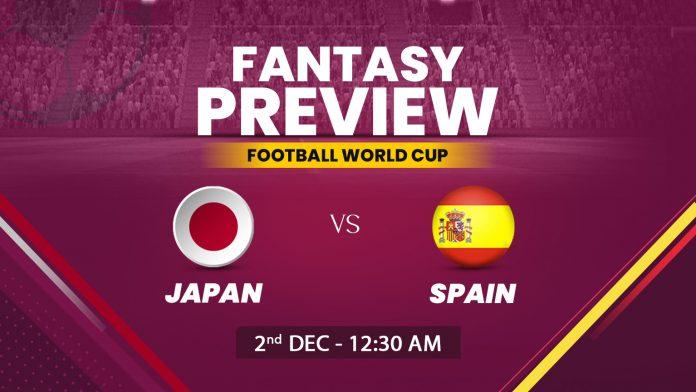 The Group E standings have become all the more interesting. The top two teams of the group will collide in an epic Japan vs Spain match at the Khalifa International Stadium at 12:30 AM. The Spanish team has tasted the glory of the Football World Cup in the past; however, Japan’s run in this year’s edition is nothing short of a miracle. Read till the end to find out the fantasy team prediction for the match and fantasy XIs for the match.

The Japanese team etched its name in the history books this year. In a significant Football World Cup upset, Japan beat the former champion Germany in a group-stage match. Japan is currently at number two in the Group E points table. After winning their first game, Japan lost the second match against Costa Rica. The hope of moving to the Round of 16 is very much alive for the Japanese players, given that they beat Spain in the upcoming battle.

Spain is comfortably leading the Group E table. In the first match of this tournament, the Red Fury registered a massive win against Costa Rica. The Spanish players hit seven goals, wherein Gavi, Asensio, Torres, Olmo, Morata and Soler netted the ball. However, Spain has to be more careful as the Japanese players are known for their pace and counter attacks.

Y. Soma (Japan): Y. Soma impressed many fans when he was playing in the Under 23 squad for the Japanese national side. The 25-year-old has scored 4 goals in just 8 appearances for his senior national side.