It’s Rewind Time: Kane & Kohli to face each other as Captains once again in the World Cup Semi-finals 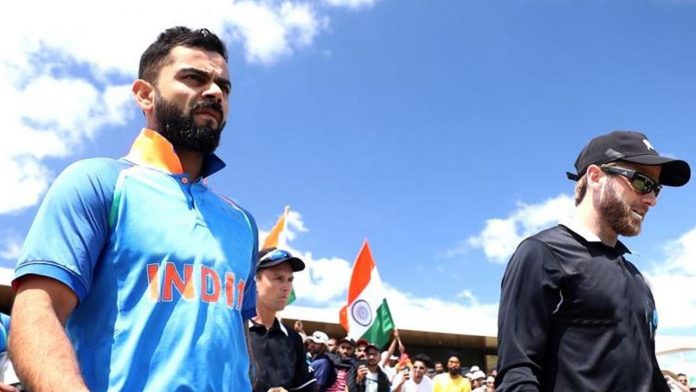 Packed with plenty of wash-outs, bewildering face-offs, shocking records and lots & lots of rain, the World Cup 2019 has finally reached the concluding note, the Semi-finals. The top 4 teams who held their nerves and will be seen walking towards the semi-final battle with their heads high are India, Australia, England & New Zealand.

As per the ICC World Cup format, the 1st & 4th rankers, i.e., India and New Zealand will take the field for the 1st semi-final battle on Tuesday, whereas the second semi-final will be fought between Australia & England, the 2nd & 3rd rankers.

With the first semi-final meeting being around the corner, it seems that history is all set to repeat itself. It’ll be the second time when Kane Williamson, the New Zealand captain & Virat Kohli will be meeting each other as the captains for the second time.

Back then, Virat played a crucial role for his, accounting for the precious wicket of Kane Williamson, who was dismissed for 37 runs. Virat bagged the Player of the Match award for his all-round performance and taking India to a 3-wicket victory. Other than Virat & Williamson, Ravindra Jadeja, Tim Southee, and Trent Boult were also a part of the 2008 U-19 World Cup semi-finals.

New Zealand will be making their 8th appearance in the World Cup semi-finals whereas it’ll be the 7th appearance for team India. The first semi-final will be played at Old Trafford on July 9 at 3:00 P.M. IST.

Get your screens and snacks ready & sit tight in front of your TV screens to see if the history repeats itself. Till then, for all the latest sports stuff, news & predictions keep following Myteam11.