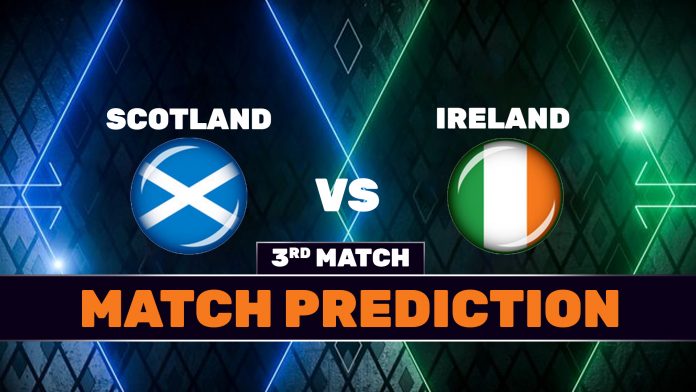 Scotland team lit up the Tri-Series with an extraordinary effort against the Netherlands on Monday with the team managing to score 252 runs in 20 overs. Opener George Munsey smashed 127 runs off 56 deliveries – laced with five boundaries and 14 maximums. Kyle Coetzer, skipper, on the other hand, showed his heroics with willow too and went onto score 89 off 50 balls.

With this performance, the team is all set to take on Irishmen at The Village in Dublin. The first match of Ireland team was called off due to heavy rain. Post this, the weather is improving in Dublin and two teams can certainly expect full T20 game. The tri-series between two nations will help them to prepare ahead of the T20 Qualifiers.

The Dublin weather is improving with every passing day and the Tuesday forecast is possibly the best across the week. Clear sky is expected throughout the day with no prediction of drizzle and shower during the match timings at least.

The track in Dublin is certainly expected to be a batting paradise after Scotland ad Netherlands experiencing a high scoring encounter yesterday. However, this remains to be seen how well can Ireland utilize their home conditions.