IPL 2019: Who will open their account Rajasthan or Bangalore? 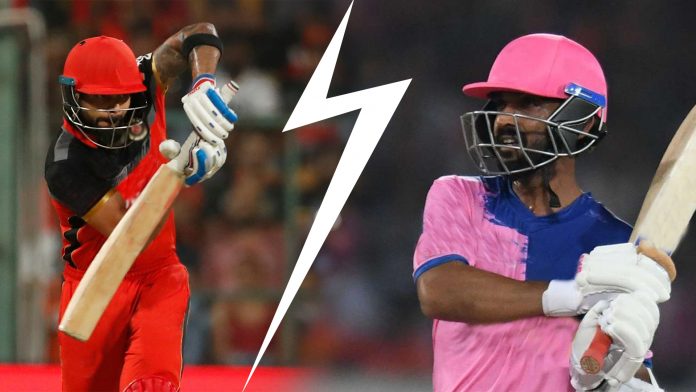 The 14th match of the IPL will be played between Rajasthan Royals and Royal Challengers Bangalore at Sawai Mansingh stadium in Jaipur. The most exciting point in this match will be that who will win the game and open their account in points table? Both the teams have lost their previous three games played. So, both the teams will be eagerly waiting to register their first win and open their account in IPL 2019.

Royal Challengers Bangalore will be expecting Virat Kohli, AB De Villiers and other players to make some impact because they have lost their previous matches by a considerable margin. Royal Challengers Bangalore is a strong team on paper, but now is the time for them to take some strong actions and register a win. Marcus Stoinis and Nathan Coulter Nile are now available for the team so, Virat Kohli will definitely include these two players in the squad.

On the other side, Rajasthan Royals, in spite of losing, showed good fight in their three matches. But a loss is a loss; people will only remember that the team lost the game. So, Rajasthan Royals have to play with more dedication and courage to register their first win in the competition.

Rajasthan Royals will have an advantage because they will be playing in their home ground. They will have more idea about the pitch conditions. Also, the team might include, the right-handed Australian Batsman, Aston Turner in the team for the upcoming game to make their playing team a bit stronger.

So, Rajasthan Royals will be considered favorites to win the match, but this is cricket where every prediction is uncertain. Thus, the rest will depend on time.

If you want more updates about the upcoming fixtures and the latest sports stuff, then, stay tuned to MyTeam11.