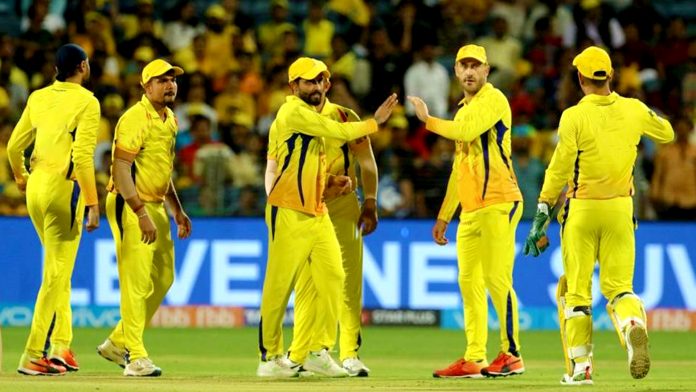 In the 41st match of the on-going IPL season, Former Australian opener, Shane Watson refreshed the memories of last year ‘s IPL finale with his dazzling inning that has ensured Chennai’s chances of qualifying for the Play-offs.

Chennai Super Kings skipper, MS Dhoni won the toss and elected to bowl first. Due to the brilliant partnership of 115 runs between David Warner and Manish Pandey, Sunrisers Hyderabad reached a competitive total of 175 runs in their quota of 20 overs. In Chepauk track, spinners always get an extra advantage. But a 77 run stand between Shane Watson and Suresh Raina laid the platform for the former Australian opener to play freely and dominate the Hyderabad bowling line up. He thrashed their strike bowler, Rashid Khan, who gave away 44 runs in his 4 overs spell.

After this all-round performance, Chennai Super Kings registered their 8th victory of the season to place themselves at the top spot in the points table. While Hyderabad is still at 4th spot with 5 wins in the 10 matches they have played till now.

For Chennai Super Kings, Shane Watson roared back to form with a blistering total of 96 runs off 53 balls. His innings included 9 fours and half a dozen sixes to make Chennai get 16 points. Suresh Raina’s 38 runs innings also laid the foundation of Chennai’s victory.

David Warner and Manish Pandey’s contribution of 57 and 83 runs helped Hyderabad to reach 175 runs in their quota of 20 overs.

Former Indian spinner, Harbhajan Singh once again showed his magic in Chennai. In the 4 overs he bowled, he took 2 wickets at an economy rate of 9.75. Other than him only medium pacer, Deepak Chahar took 1 wicket.

Only Sunrisers Hyderabad skipper, Bhuvneshwar Kumar bowled economically for Sunrisers Hyderabad. In his 4 overs, he took 1 wicket and gave only 18 runs. Leg spinner, Rashid Khan and medium pacer Sandeep Sharma managed to get 1 wicket each but turned out to be quite costly for the team conceding plenty of runs.

Shane Watson was adjudged ‘Player of the match’ for his 96 runs innings.

Follow MyTeam11 for more updates and information about the upcoming fixtures.