IPL 2019- Remembering the best of CSK VS RCB 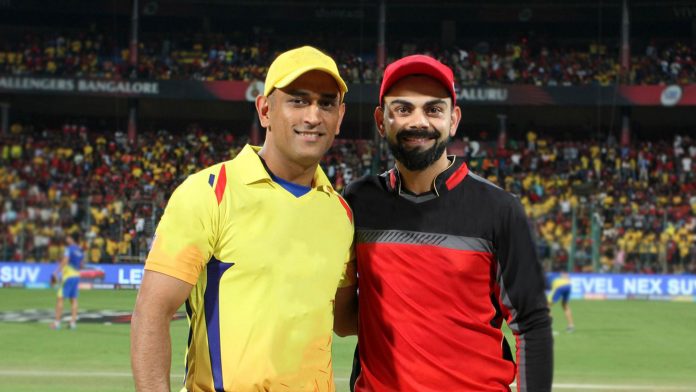 "Cauvery Derby" or "South Indian Derby", Chennai Super Kings and Royal Challengers Bangalore have presented the IPL with some of the best encounters, the league has ever seen-

On what seemed a very slow pitch in Ranchi, Dhoni chose to bat first. Due to the slowness of the wicket, runs were hard to score, Chennai made a total of 138 runs in 20 overs.

ABD and Gayle on the crease for RCB turned the tables for the team. De Villiers smashed three sixes and a four from 5 balls. With just 10 runs required off the last over, Dhoni sent David Hussey to bowl. Yuvraj Singh, now on the crease with ABD smashed a six off the first ball.  ABD was awarded man of the match for his match-turning sixes. RCB won the match by 5 wickets.

Chennai faced Bangalore in the first qualifier to make it to the finals of IPL 2011. RCB had a slight edge over CSK as Gayle had an outstanding season. But, R. Ashwin stopped Gayle in his tracks early on in the match at just 8 runs. Then, came the skipper Virat Kohli in play and took RCB to a challenging total of 175 with his excellent batting.

Chennai had a terrible start where they lost openers within 7 runs. Suresh Raina and Badrinath handled the innings with a 50 run partnership. With 58 runs to go in 24 balls, Raina and Morkel went on the rampage against the bowlers and brought the score to 12 runs off the last over.

RCB locked horns with Chennai in the 2018 season of IPL in Bangalore, where Chennai won the toss and asked the home team to bat first. The South African pair of Quinton de Kock & AB de Villiers thrashed the bowlers by scoring 103 off 53 balls. RCB’s Mandeep Singh dented CSK's hopes further with some excellent shots at the end, taking the score to 205. CSK’s Ambati Rayudu exploited the on the field restrictions and scored boundaries one after the other. With Dhoni and Rayudu at the crease, Kohli tried everything in his power to break the partnership, but the duo played safely and scored singles. Just when the score came down to 99 runs off 42 balls, they took matters into their hands and scored as many as 10 sixes in the last overs. Dhoni finished the match, owning and ruling it with his shots and walked out of the field in style.

After tasting defeat in the 2011 finals, Bangalore again faced Chennai in IPL 2012. Mayank Agarwal gave a confident start to RCB as he scored 45 off the 51 runs in five overs. Fiery Chris Gayle and Virat Kohli partnered for 11 overs and contributed 110 runs to the team, setting the target of 205 for CSK. With the run-rate over 13 runs for the last nine overs, Dhoni's 24 runs off 41 balls kept the team in the game. Morkel gained 28 runs off a Virat Kohli’s over with three sixes and two fours. CSK now needed 15 runs off the last over. Dwayne Bravo further bridged the gap by hitting a six and four. With just 2 required off the last ball, Ravindra Jadeja scored a boundary, and CSK won the match.

If 2012 was a close battle, then the year 2013 is the sequel to the ever going clash between these two titans. RCB opted to bat first with Kohli and De Villiers opening the match. They post a competitive score of 165 for CSK. Chennai lost its crucial openers like Dhoni, Raina, and Badrinath within four overs. It was Jadeja’s batting that saved the day for CSK. He hit two boundaries- a four and a six in the first two balls of the over when CSK needed 16 runs off the last six balls, bringing the target down to 6 runs. Next three balls brought four more runs for the team. Jadeja smashed the last ball that went straight into the hands of a fielder. Just when RCB started to celebrate, the umpire declared a no-ball and Jadeja ran between the wickets to cover the remaining two runs. CSK won the match, yet again.