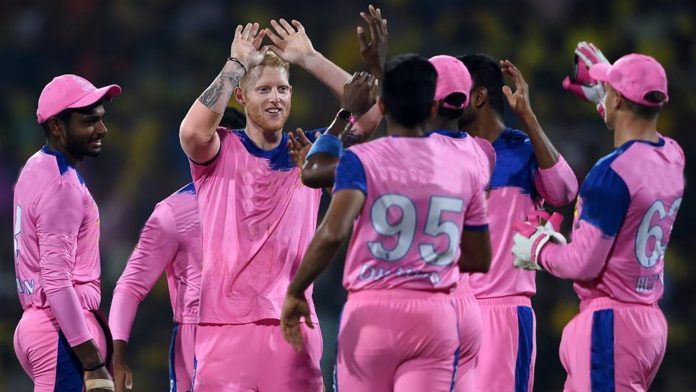 The 14th match of IPL was played between Rajasthan Royals and Royal Challengers Bangalore. Before entering the game, both the teams lost their previous three games they played, so both the sides had pressure on them to register their first win of the season to get some momentum. Playing at their home ground, Rajasthan Royals Captain, Ajinkya Rahane, won the toss and chose to bowl first.

Royal Challengers Bangalore got a slow start, then Rajasthan spinner, Shreyas Gopal sent, Virat Kohli, AB de Villiers, and Shimron Hetmyer, the pillars of RCB’s batting line up, back to pavilion in no time. After the dismissal of this three batsman, RCB team went on the back foot, but Parthiv Patel’s innings of 67 runs, along with the contribution of Moeen Ali and Marcus Stoinis, helped Bangalore to reach a respected total of 158 runs to give the bowlers quite a challenge.

In response, when Rajasthan Royals came for the chase, Ajinkya Rahane and Jos Buttler got them to a good start. They both added 60 runs for the first wicket, which made the work easier for the other batsman. Joss Buttler went on to score 59 runs before he got out at the 13th over of the match when Rajasthan’s score was 104/2. But, with the contribution of Steve Smith, and Rahul Tripathi at the end of the innings, Rajasthan got their first win of the season and opened their account in the points table. This win will give them a lot of confidence.

Royal Challengers Bangalore, on the other side, will now (be) under tremendous pressure after losing all the four matches they have played. RCB team management will have to take some tough calls to keep the squad alive in the competition because the team can’t afford to lose more matches now. They will play their next game in their home ground against Kolkata Knight Riders. Let’s see whether RCB can end their search for their first smashing win.

If you want more information and updates about the upcoming fixtures, then stay tuned to MyTeam11.