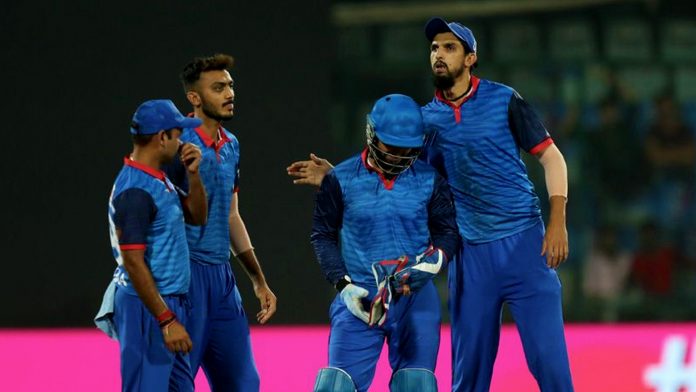 The Delhi Capitals skipper, Shreyas Iyer, after winning the toss elected to bowl first. In the absence of Jos Butler in the team, Rajasthan Royals batting line up looked weak. But, even after losing Sanju Samson in the second over of the innings, Ajinkya Rahane and Steve Smith added 130 runs for the second wicket to shift the momentum towards Rajasthan Royals. Skipper Steve Smith played a brilliant knock of 50 runs while Ajinkya Rahane scored an unbeaten 105 runs. This was Rahane’s 2nd ton of IPL career. Due to the brilliant efforts of these two batsmen, Rajasthan Royals went on to score 191 runs in their quota of 20 overs. In response, due to Shikhar Dhawan and Rishabh Pant’s blistering knock, Delhi Capitals chased the target quite easily with 4 balls left.

After this win, Delhi Capitals placed themselves at the top position in the points table whereas Rajasthan Royals‘ chances to qualify for playoffs have vanished completely.

For Rajasthan Royals, opener Ajinkya Rahane was the stand out performer with the bat. Rahane scored sizzling 105 in just 63 balls. This is Rahane’s career best and second ton of IPL career. He made his first ton in the year 2012 against Royal Challengers Bangalore. Other than him, Skipper Steve Smith played a flashy innings of 50 runs in 32 balls.

For Delhi Capitals, South African pacer, Kagiso Rabada took 2 wickets at the end of the innings to stop Rajasthan Royals below 200. Other than him, Ishant Sharma, Chris Morris, and Axar Patel took 1 wicket each.

Talking about Rajasthan Royals, spinner Shreyas Gopal took 2 wickets in his quota of 4 overs. Dhawal Kulkarni and Riyan Parag managed to get 1 wickets each.

Delhi keeper-batsman, Rishabh Pant, was named as ‘Player of the match’ for his of 78 runs innings.

Follow MyTeam11 for more information and Updates about the latest Sports stuff.