IPL 2019: Our Predictions for playing XI of all the teams 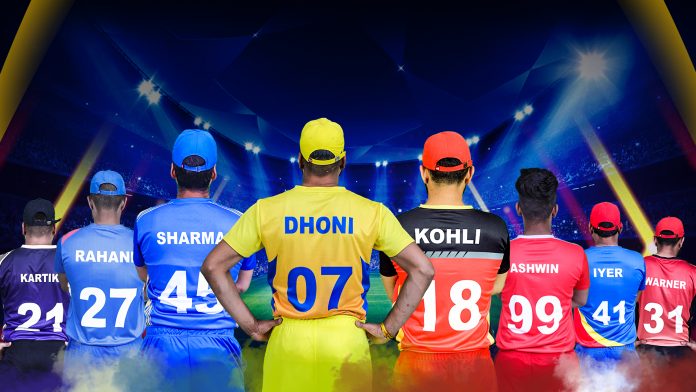 This IPL season, the selection of the playing XI will be extremely crucial for the franchises as most of the top players will be preferring their practice time for the World Cup 2019 over IPL. Considering this fact, here’s our take on the probable playing XIs of all the 8 teams for their first matches –

The three-time IPL winner, Chennai Super Kings will be defending its title against all other teams. CSK did not release or buy many players for this 2019 season. Thus, the defending champions predicted playing XI for the first match will be more or less similar to that of last year’s. CSK's comeback man Mohit Sharma is expected to open the innings with Ambati Rayudu and Kedhar Jadhav might handle the affairs of the middle order.

Mumbai Indians will look to start afresh in IPL 2019 with a victory against Delhi Capitals in its opening match on 24th March, to put behind the setbacks of last season, where the team failed to make it to the playoffs. With Lasith Malinga not available for first few matches as he will be playing for Srilanka against South Africa and Jason Behrendorff for Australia, Mitchell McClenaghan might get into playing XI. Hardik Pandya with his brother Krunal will be crucial for Mumbai Indians. Ben Cutting owing to his splendid form might be a part of the playing XI. Yuvraj Singh might miss out from the playing XI.

Royal Challengers Bangalore are looking to change things around this season after having yet another unsuccessful IPL leg last year.  The RCB’s batting side gave a massive blow to the team in 2018 that made the team management to let go of every batsman in this year’s auction except AB De Villiers and Virat Kohli. They do not have a prominent opening batting line which means Virat Kohli will open the innings. Shivam Dube is also expected to make his debut in the very first match of the season.

Sunrisers Hyderabad had a pretty successful season last year, and thus they did not gamble with the team selection much, this season. David Warner is expected to open with England's Johnny Bairstow, IPL 2019 debutant, who has been extraordinary for England across all three formats. Vijay Shankar is speculated to be a regular in playing XI as he displayed impressive game for the national side. Rashid Khan and Shahbaz Nadeem will lead the spin attack with Bhuvneshwar Kumar leading the pace attack along with Siddharth Kaul and Khaleel Ahmed.

The ever-dependable Ajinkya Rahane will lead the side for Rajasthan Royals this season. The team has a pool of talented Indian players along with class overseas players such as Ben Stokes, Steve Smith, Jos Buttler, Jofra Archer, and Oshane Thomas. Special mention, Liam Livingstone, who has been in excellent form in the PSL and the latest Australian star, Ashton Turner.

KKR had suffered a significant blow even before the start of the season as young players Shivam Mavi and Kamlesh Nagarkoti have been ruled out of the series due to injuries. KKR has a dearth of fast bowlers, and these injuries might further damage its overall chances in the IPL 2019. The team's batsmen will have to make up for a weak bowling department. KKR skipper Dinesh Karthik with Chris Lynn, Robin Uthappa, Kuldeep Yadav, and Sunil Narine will bring their experience into play right from the beginning of the tournament.

Kings XI Punjab will begin its IPL 2019 campaign against Rajasthan Royals at Jaipur on 25th March. The team management has made some significant changes in the squad and will be hoping for a spin of luck this year. Chris Gayle will be a big threat for the opposition bowlers owing to his present form. Mayank Agarwal will play at number 3 given the kind of performance he has given in domestic tournaments. It will be interesting to see if the Kings will introduce young players Prabhsimran Singh and Varun Chakravarthy in the first match or not.

With experienced Indian opener, Shikhar Dhawan providing the stronghold to the young Delhi Capitals batting line-up, Delhi Capitals has been successful in forming a strong team for the 12th edition of the IPL. Captain Shreyas Iyer will be taking forward his fine form from Syed Mushtaq Ali Trophy into the IPL. Sandeep Lamichhane along with Amit Mishra will be leading the spin department, while Kagiso Rabada and Trent Boult heading pace attack. Debutant Axar Patel might be in Playing XI in the first match.

Stay Tuned to Myteam 11 for more updates on IPL season 12 and cricket world.